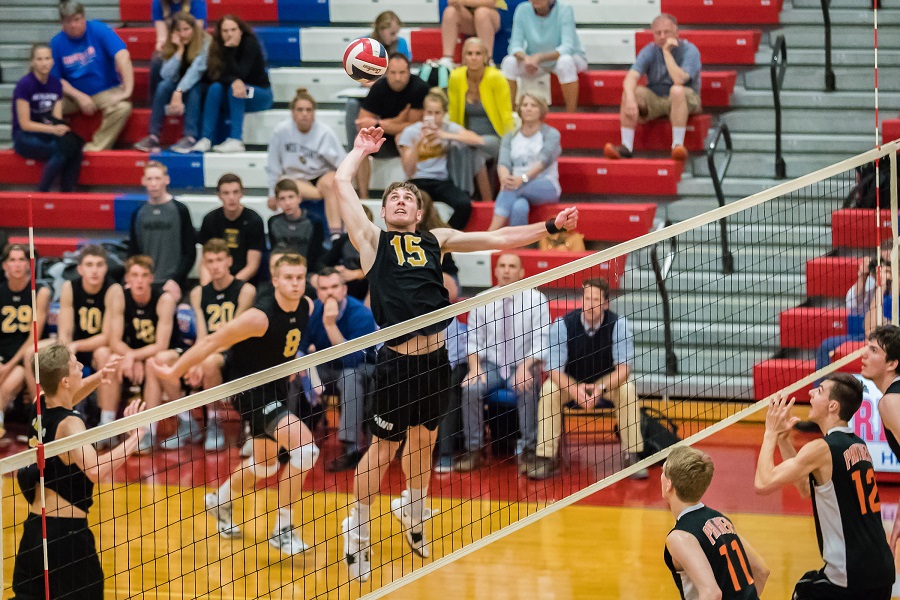 In a rematch of last year’s PIAA Class AAA championship, North Allegheny dethroned defending state champion Central York with a 3-2 triumph in the PIAA semifinals at Richland High School in Johnstown on Tuesday night. The Tigers advance to the state title match on Saturday at Penn State University at 1 p.m. They’ll face the winner between District 11 champion Emmaus and District 3 champion Hempfield in the other Class AAA semifinal Wednesday night.

The five-set thriller was a back-and-forth affair with numerous momentum swings. In the first set, North Allegheny led 19-13 before Central York stormed back for a 25-23 win. Junior Braden Richard led the Panthers’ comeback efforts with four kills on his way to 15 on the night.

Sets two and three belonged to the Tigers thanks to the powerful swings of Tuman, and fellow seniors Jason Stiefvater and Jake Barber. Stiefvater finished with 15 kills and Barber tallied 11 kills, helping NA capture wins of 25-21 and 25-17 in sets two and three, respectively.

Despite a 25-18 victory by Central York in set four, the Tigers displayed their resiliency with a 15-6 victory in the fifth and decisive set. Junior Alex Zubrow played a pivotal role in the final set by producing numerous clutch blocks to swing the momentum in NA’s direction. Zubrow led the Tigers with five blocks. For his efforts, Zubrow was named the Wright Automotive Player of the Game.

On defense, senior A.J. Schmidt and junior Trevor Treser led the way for the Tigers with 11 and 10 digs, respectively. Schmidt, a Saint Francis University commit, also dished out a team-high 45 assists.

The PIAA semifinal win keeps North Allegheny’s unblemished record intact, improving to 22-0 on the season. Tuesday’s contest marked the first time all season the Tigers were forced to five sets in match play.

Central York, the third place finisher from powerful District 3, concluded the year with a 16-3 mark following the loss.