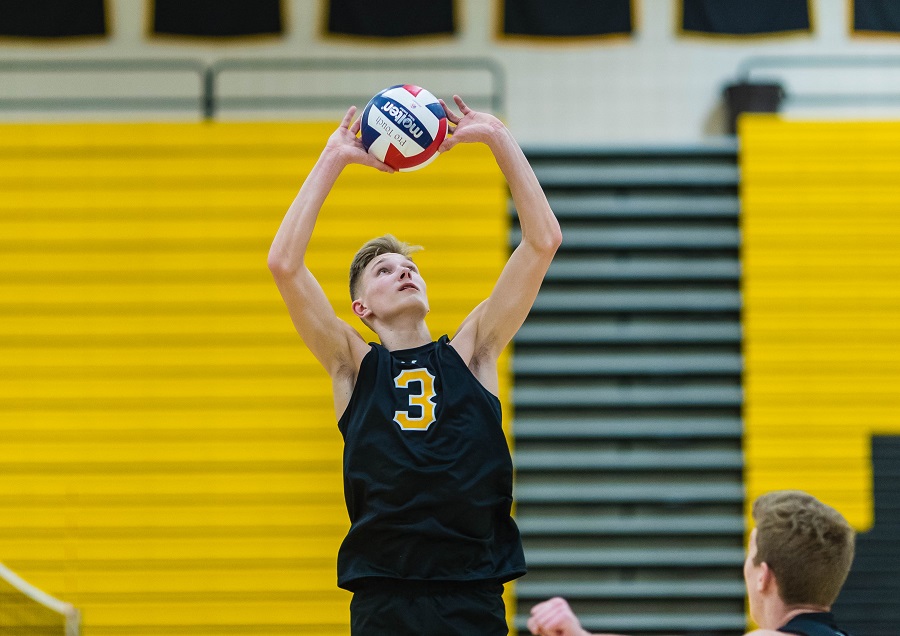 The top-ranked North Allegheny Tigers punished the Pine-Richland Rams on Tuesday with a 3-0 sweep of their neighborhood rivals to remain unbeaten on the season. The Tigers won all three sets by the same score, 25-15.

The only drama on this night came early in the opening set when Pine-Richland rallied from a 5-0 deficit to take a 7-5 lead. Unfortunately for the Rams, the Tigers turned things around quickly thanks to the big swings of senior Canyon Tuman and the slick play of setter A.J. Schmidt. Tuman cranked out five kills in the first set on his way to a team-high 12 on the night. Schmidt came through with three blocks and two aces in the opening set as the Tigers cruised to the win. Schmidt also distributed the ball for 28 assists on his way to Wright Automotive Player of the Game honors.

Contributions were made in the remaining two sets from Alex Zubrow and Josh LaMay who finished with seven and six kills, respectively. Zubrow also led the Tigers with three blocks. Defensively, libero Ryan Beck posted a team-leading eight digs. The lone bright spot for Pine-Richland was senior Matt Zirckel who tallied five kills and two blocks.

With the sweep, North Allegheny improves to 9-0 overall and 8-0 in Section 2-AAA. Pine-Richland dips to 2-5 in the section. The Tigers return to action Wednesday for a non-section matchup at Norwin at 7:00 p.m.