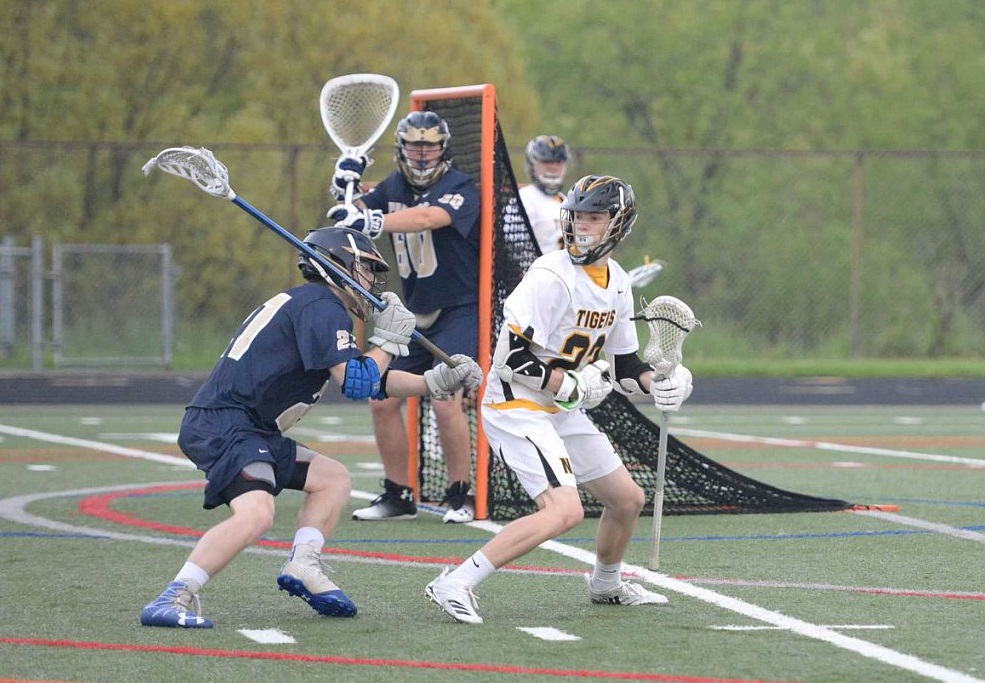 For the second time this season, the North Allegheny Tigers won in a blowout over the Franklin Regional Panthers. Monday night’s 16-1 triumph over the Panthers in the opening round of the WPIAL Class AAA playoffs propelled the Tigers to the quarterfinal round where they’ll take on Upper St. Clair on Wednesday night.

North Allegheny has won five in a row against Franklin Regional, including an 18-1 road win on April 24. In their last three meetings, the Tigers have outscored the Panthers by a combined score of 49-3.

North Allegheny bombarded Franklin Regional from the start with a barrage of goals and held a 14-0 lead by halftime. Sophomore Isaiah Davis and junior Kyler Byerly led the way and netted a hat trick each. Junior Chris Eck added a pair of goals.

In all, 11 different Tigers scored goals in the victory including Matt Osten, Maurice Lipscomb, Alex Hays, Jake Williams, Tyler Lamark, Ben Maenza, Ryan Leonard and Nick Eck. For his efforts in winning every draw on the night, Hays was named the Wright Automotive Player of the Game.

Franklin Regional’s only goal came with 35 seconds remaining in the third period on a marker by Bradley Brncic.

With the win, North Allegheny improves to 11-7 overall on the season and will face Upper St. Clair on Wednesday night. Franklin Regional’s season comes to an end with a 6-8 record.