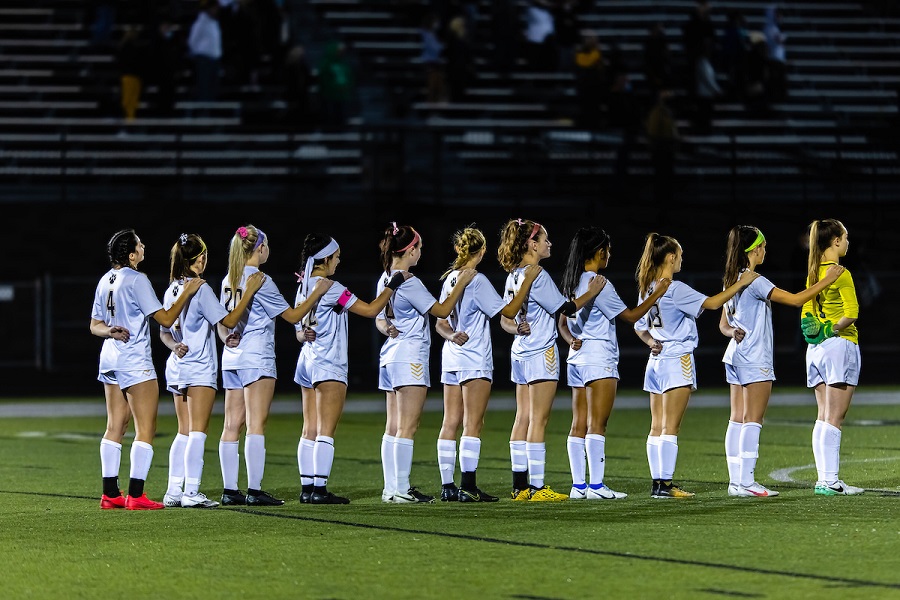 For the first time in program history, the North Allegheny Girls Soccer program has advanced to the PIAA Championship game following a 1-0 win over Cumberland Valley Tuesday night in Altoona.

The wind and snow at Mansion Park played a factor in a slow start for both teams, as junior goalkeeper Megan Miller made three critical stops in the first half to keep the game tied at zero.

After struggling against the wind in the first half, the Tigers found some relief in the second frame with more offensive chances.

With 22 minutes remaining in regulation, the Tigers broke into the offensive zone as a lead pass headed towards the net and three Cumberland Valley players, including goalie Abbie Miller, went for the loose ball. The two defenders collided as Miller slid to stop the ball, causing a rebound that was picked up and shot into the open net by NA senior Sarah Schupansky. The goal was only the second shot of the game by the Tigers.

Just minutes later, the strong winds picked up, and a large snow squall blanketed the field, hindering the Eagles chances as the game waned.

With six minutes left in the contest, Megan Miller came up with yet another major save in the snow to keep the Tigers ahead.

With the win, North Allegheny improves to 13-2-0 overall, and will take on Pennridge in the PIAA 4A Championship Game Saturday from Hersheypark Stadium. The game will be broadcast live via the internet on the North Allegheny Sports Network.