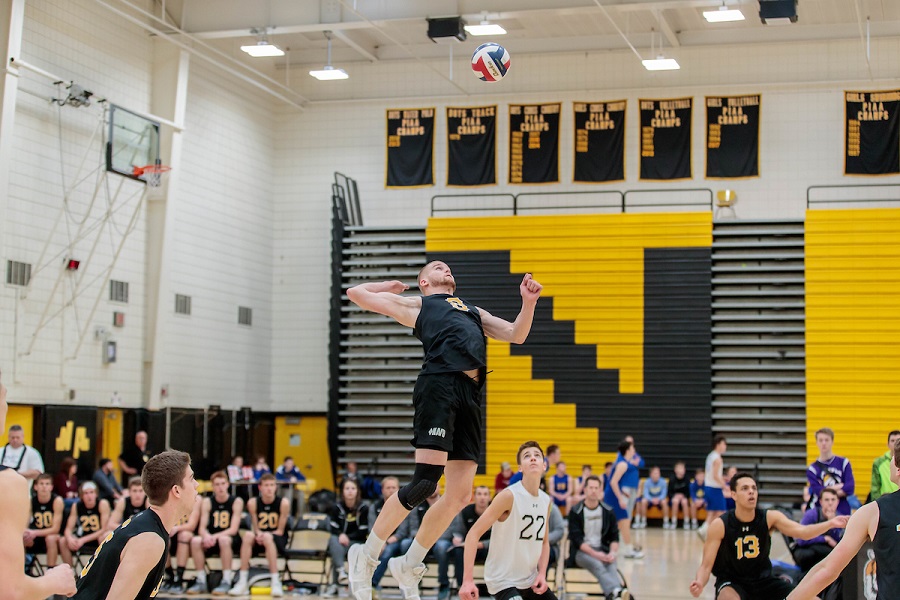 In an early-season showdown in Section 2-AAA, the top-ranked North Allegheny Tigers remained unbeaten with a 3-0 sweep over rival Seneca Valley on Thursday night. The Tigers earned the victory by set scores of 25-19, 25-19 and 25-22.

A consistent force throughout the night was Penn State commit Canyon Tuman who posted a team-high 16 kills and rifled a match-ending kill in set three to put an exclamation point on the victory. For his efforts, Tuman was named the Wright Automotive Player of the Game.

Ranked No. 3 in the WPIAL preseason poll, Seneca Valley hung tough with the Tigers in the early going in sets one and two. However, North Allegheny pulled away in both sets for a pair of 25-19 wins.

The Raiders led 15-11 in set three, but again the Tigers thwarted Seneca Valley with a strong finish. NA outscored the Raiders 14-7 down the stretch to finish off the match and stay undefeated on the season with a 5-0 record. Seneca Valley slips to 3-2 in section play.

Along with Tuman, senior Jason Stiefvater was strong overall with seven kills, six digs, two blocks and two aces. Senior Ryan Beck was fantastic on defense with numerous pancake digs. On the night, Beck paced the team with 14 digs.

The Tigers will take on North Hills in a road contest on Tuesday. Start time is slated for 7:00 p.m.