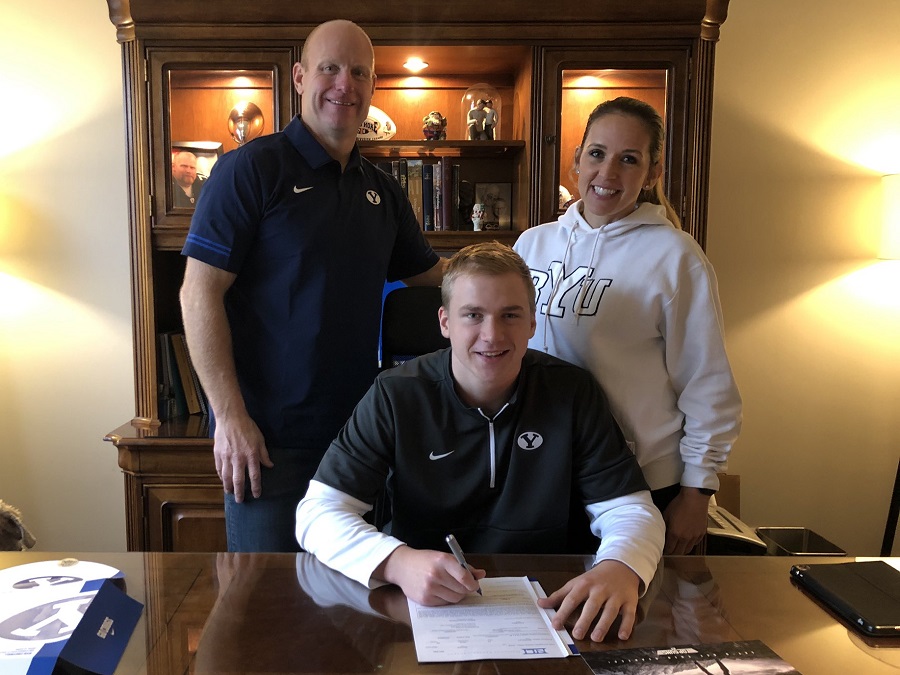 National Letter of Intent signing day was held on Wednesday and senior linebacker Nate Hoke made his commitment official by signing his LOI with Brigham Young University.

Hoke was named to the Pittsburgh Post Gazette’s Fabulous 22, the Trib HSSN’s Terrific 25 and was recently recognized by the Big 56 Conference as a first-team all-conference selection for the second straight season in 2020. As a junior, Hoke led the Tigers with 62 tackles and a team-best eight sacks in 2019. Despite sustaining a thumb injury early in the 2020 season, Hoke remained one of NA’s top tacklers and was among the team leaders with four sacks.

Also, a weapon on offense, one of Hoke’s most exemplary games of the season came in the WPIAL Class 6A semifinals against Seneca Valley. With two rushing touchdowns, Hoke helped the Tigers build a 21-0 lead. With Seneca Valley trailing 21-7 late in the game, Hoke slammed the door on the Raiders on their last-ditch drive in the fourth quarter with a back-to-back sack and interception to punch NA’s ticket to the WPIAL championship game for the first time since 2012.

At BYU, Hoke will continue a family tradition.  He will join his older brother, Cade, who was also a first-team all-conference linebacker for the Tigers (Class of 2019). Hoke’s father, Chris, also played football at BYU in the late 1990’s before an 11-year NFL career with the Pittsburgh Steelers.