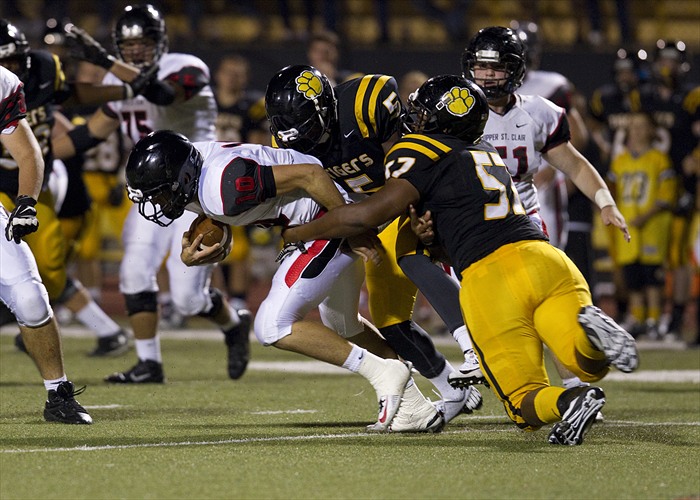 Following a third place finish in the Northern Eight Conference, the North Allegheny Tigers received the seventh-seed from the WPIAL steering committee in the Class AAAA bracket and will host the 10th-seeded Upper St. Clair Panthers in the opening round of the playoffs. Friday night’s meeting between the Tigers and Panthers will mark the third time in the last four seasons that these teams have played each other in the postseason.  Last year, Upper St. Clair topped North Allegheny in the WPIAL quarterfinals, 41-23.  Earlier this season, the Tigers earned a measure of revenge with a 31-14 week four victory.  Friday’s game contest at Newman Stadium will kickoff at 7:30 pm.  The game will be broadcast live on the North Allegheny Sports Network. For a look at the entire Quad-A bracket, click here.