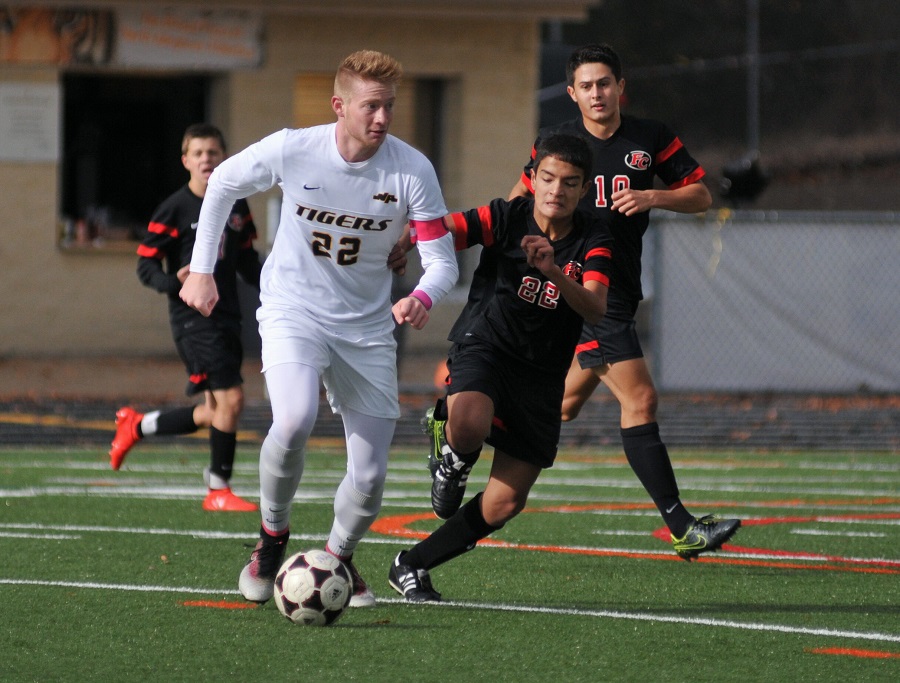 The North Allegheny Tigers did not waste anytime jumping on the Peters Township Indians on Wednesday night, scoring 36 seconds into the game en route to a 2-0 victory in the WPIAL quarterfinals.

James Nolan took a throw-in from Alex Goto and sent the one timer into the back of the net for the early lead, 1-0.  The Tigers continued the pressure throughout the first half.  Sean Atwater was stopped from close range six minutes into the game and Roman Rainville was also stopped by goalie Justin Gamble.  NA goalie Grant Glorioso was not challenged much on the night.  He made his best stop of the night midway through the first half diving to his left to make a save.

Peters Township opened up the second half with some pressure but the back line of defense of Nick Williams and Christian Giannetti ended the attacks.  The Tigers continued to play well offensively and were finally rewarded when Williams took a corner kick and scored to give the Tigers a commanding 2-0 lead with 16 minutes left.  The Tigers had nine shots on goal and created ten corners on the night. James Nolan was named the Wright Automotive Player of the Game.