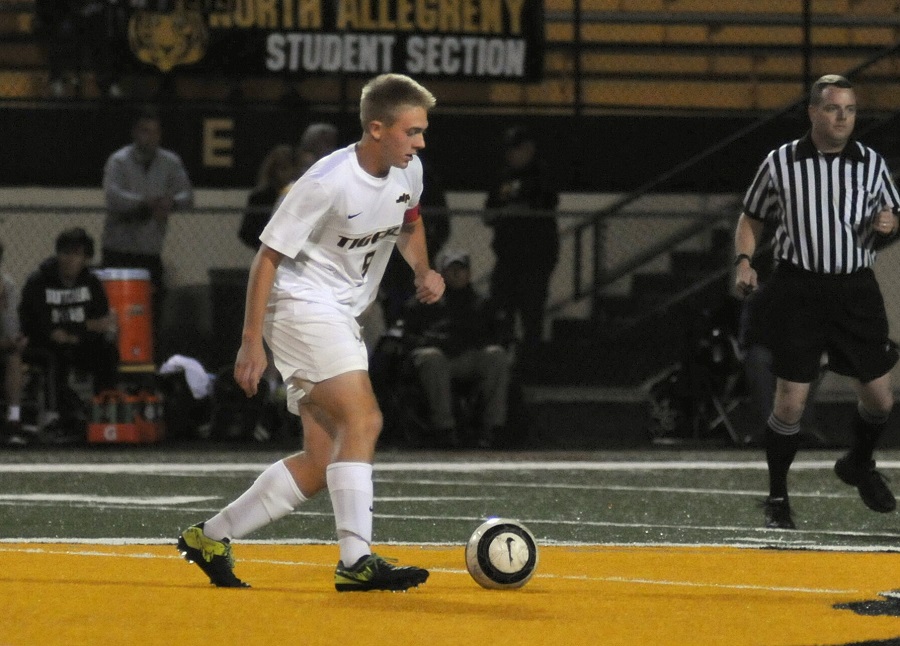 For the second-straight season, after defeating North Hills on the road just weeks earlier, North Allegheny tied the Indians 0-0 in the section finale Tuesday night at Newman Stadium. The scoreless draw moved the Tigers final Section 1 (4A) record to 5-1-4, while their overall record now stands at 9-2-5.

The Tigers controlled the play for the majority of Tuesday’s contest against North Hills. Unofficially, NA outshot the Indians 17-3, including a 4-0 advantage in shots on goal and a 6-2 edge in corners.

Some of the Tigers best scoring opportunities came as a result of the play of senior forward Ben Cinker. Cinker saw two shots miss just wide to the right of the cage and factored in on multiple other NA chances. For his efforts, Cinker earned the honor of Wright Automotive Player of the Game.

Junior goalkeeper Grant Glorioso picked up the shutout in net for NA.

Glorioso and the rest of the Tigers narrowly avoided a first-half deficit after an offside call negated an apparent goal by North Hills in the final minute of the half.