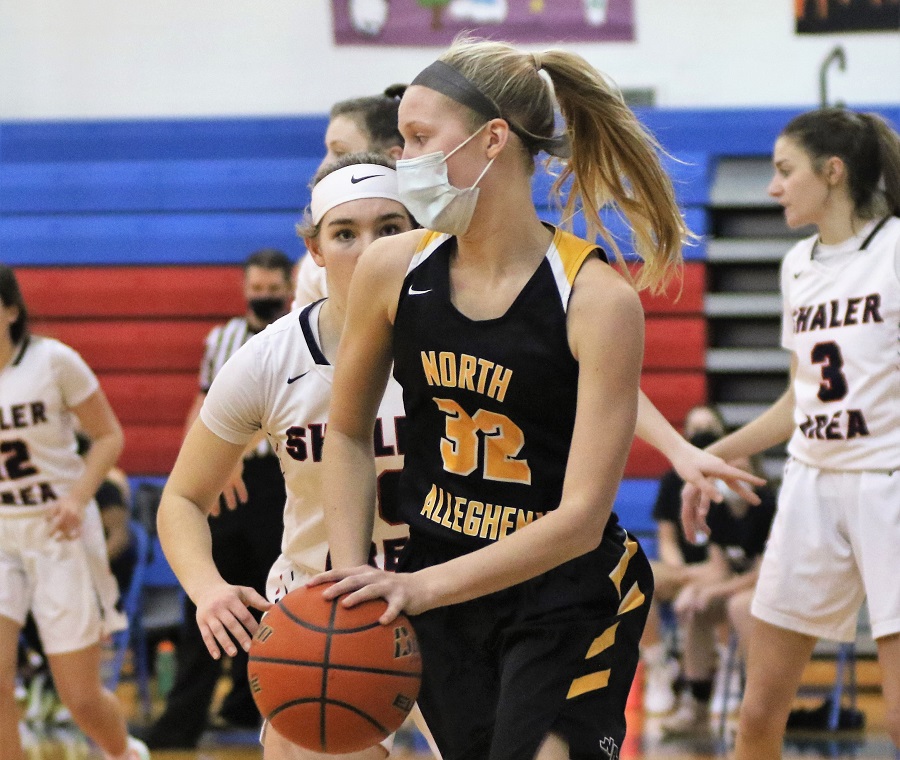 In a battle of two teams that will be hosting first round playoff game, North Allegheny being the number one seed and the Peters Township the number seven seed, it was the Tigers who lived up to their ranking. Using a huge third quarter, NA claimed a 74-42 win on Friday night in a non-section matchup at AHN Arena at Peters Township High School.

The Tiger offense started slow but 3-point shooting kept them in the game as they would hit three in the first quarter and lead 15-12 after the opening frame. The offense really got cooking in the second quarter as the Lady Tigers would stretch their lead to double figures heading into the locker rooms at 37-25. The third quarter was the difference maker as North Allegheny would go on a 22-6 run that stretched the entire quarter and lead 61-31 going into the final frame. With the running clock, the Tigers were still able to extend the lead a little more and coasted to a 74-42 victory.

Lizzy Groetsch led the way with 19 points. Paige Morningstar and Jasmine Timmerson both had 11 points while Mia Tuman added 10 points off the bench.