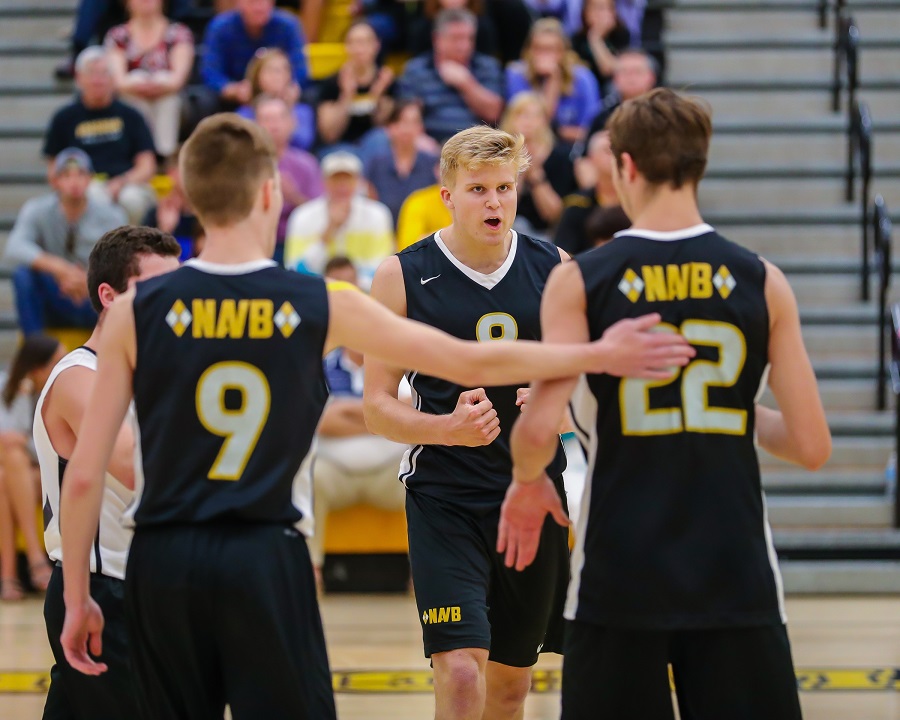 TIGERS SECURE SPOT IN STATES WITH WIN OVER SENECA VALLEY

With a berth in the PIAA playoffs on the line in the WPIAL Consolation Match, North Allegheny blanked Section 2-AAA rival Seneca Valley, 3-0, Thursday evening at Ambridge. The Tigers won by set scores of 25-22, 25-19 and 25-21.

NA now moves on to face the District 10 champion in the first round of states on Wednesday at a site and time yet to be determined.

Down 13-9 in the first set, the Tigers embarked on a 7-0 run behind the strong serving of senior Josh Shaw. Sophomore Canyon Tuman capped the run with a kill, and NA weathered an immediate response by the Raiders to lead for all but one point of the remainder of the set.

The Tigers used the momentum from that game one victory to control the vast majority of the final two sets. While NA never led by more than six points in either, it trailed on only two occasions en route to securing third place in the WPIAL.

Twin juniors Luke and Eric Visgitis led the way for the Tigers offensively. Luke had a team-high 11 kills with just one error, while Eric notched nine kills to go along with a pair of blocks. For their efforts, the two were named Co-Wright Automotive Players of the Game.