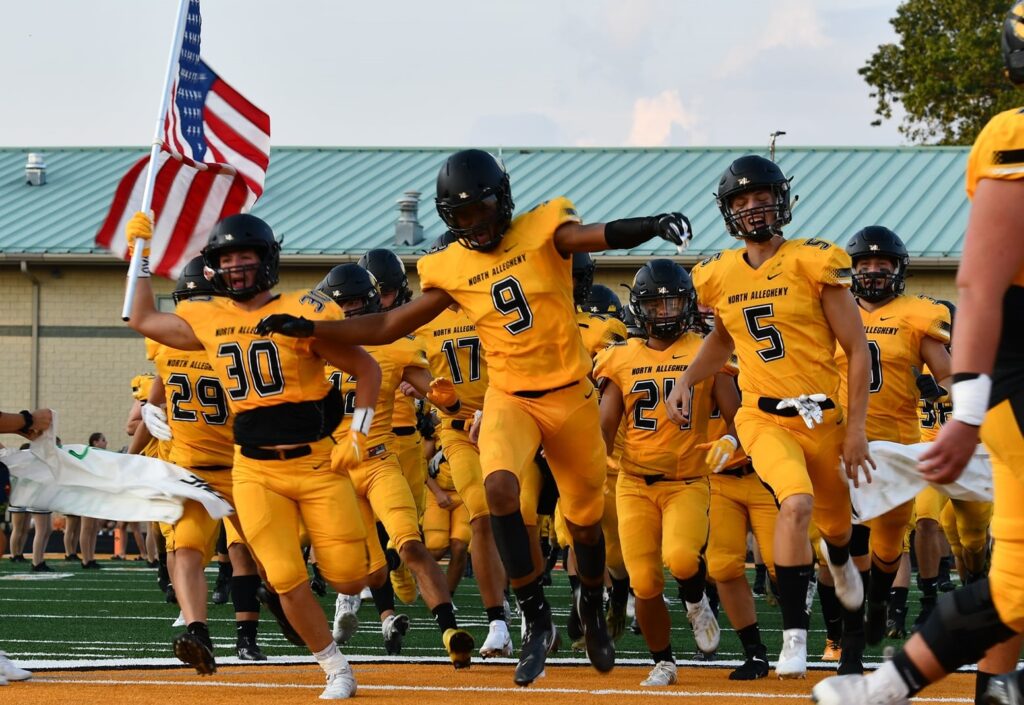 Similar to Pickerington, Mentor also has a strong tradition of playing winning football in Ohio’s largest classification. Since 2000, Mentor has the best overall winning percentage (.778) in Division I with a record of 203-58 during that span. Last season, Mentor went 9-2 and reached the state semifinals before falling to Pickerington Central. The Cardinals enter tonight’s contest ranked sixth in the state by Max Preps and ranked fifth in the Greater Cleveland Conference.

One of Mentor’s top athletes is junior defensive end, Brenan Vernon. The 6-5, 260-pound stalwart is a five-star prospect that is verbally committed to Notre Dame. Vernon is the 39th overall prospect in America for the Class of 2023 by 247 Sports and is the second-ranked defensive lineman in Ohio by Rivals.com.

Offensively, the Cardinals boast a high-flying passing offense that has produced many successful quarterbacks over the years. Most notably, the second overall pick in the 2017 NFL draft, Mitchell Trubisky, played for Mentor from 2010-2012 and passed for over 9,000 yards and 92 touchdowns, while adding 1,559 yards rushing and 33 more scores. Trubisky was drafted by the Chicago Bears and is now a backup quarterback for the Buffalo Bills.

Mentor’s starting quarterback, Jacob Snow, tossed four touchdown passes in a season-opening 49-7 win over Canton McKinley. However, Snow was lost to injury last week and the offense struggled with freshman Scotty Fox under center. While it’s unknown who will get the start at quarterback tonight, one of the top targets in the passing game is the exceptionally speedy Evan Harper. The senior wideout was a second-team All-District pick last season and is the GCC champion in the 100m dash and Long Jump. Harper is also an electric return man on special teams and returned a kickoff 98 yards for a touchdown during a hard-fought 28-26 win over St. Ignatius two weeks ago.

Mentor is led by second-year head coach Matt Gray. Gray lettered three years at the University of Dayton and has been a part of the Mentor coaching staff since 2012, including three seasons as offensive coordinator before being named head coach.

Tonight marks the first meeting all-time between North Allegheny and Mentor with kickoff slated for 7:00 p.m. at Newman Stadium. The pregame show is slated for 6:40 p.m., including a pregame interview with Tigers head coach Art Walker. To listen to tonight’s game, click here.