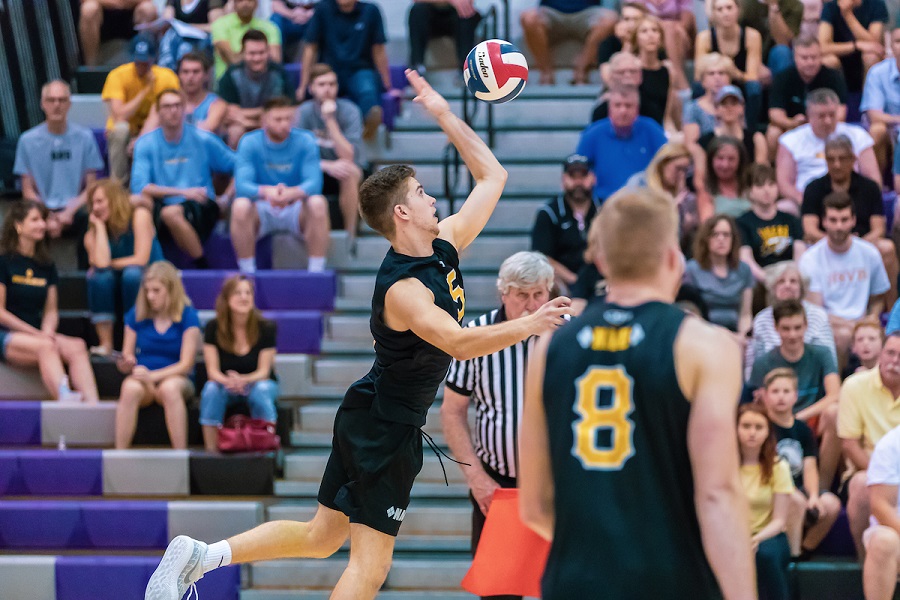 The WPIAL champion North Allegheny Tigers were appearing in the PIAA tournament for the 19th time in the last 21 years on Tuesday night with a first round battle against the Warwick Warriors at Hempfield High School. The Warriors, the fifth-place finisher from volleyball powerhouse District 3, emerged in the state playoffs for the first time since the late 1990’s. The PIAA postseason newcomers were treated unkindly by the well-seasoned Tigers as NA rolled to a 3-0 sweep.

The last time Warwick head coach Nate Gajecki faced off against North Allegheny head coach Dan Schall, the two were both high school volleyball players. Back in 1995, Dan Schall and the Derry Trojans defeated Gajecki’s Warwick squad en route to a PIAA title. In the rematch, it was Schall who again got the best of Gajecki and the Warriors.

North Allegheny came out on fire in the first set with a 5-0 spurt and breezed to a 25-15 victory. WPIAL MVP Canyon Tuman belted out three kills in the set on his way to a team-high 11 kills. Warwick sustained a devastating blow when Lebanon-Lancaster League first-team all-star Chad Meeder injured his leg in the first set and missed most of the contest thereafter.

With Meeder out, Warwick still displayed their scrappy style of play and hung tough with North Allegheny in the next two sets. Despite a valiant effort, the Warriors fell by an identical 25-21 score in sets two and three.

With the win, North Allegheny maintains its perfect record with a 20-0 record and advances to the PIAA quarterfinals to face section rival Butler. The match will be broadcast live via the internet on the North Allegheny Sports Network. Warwick’s season ends with a 14-6 record.