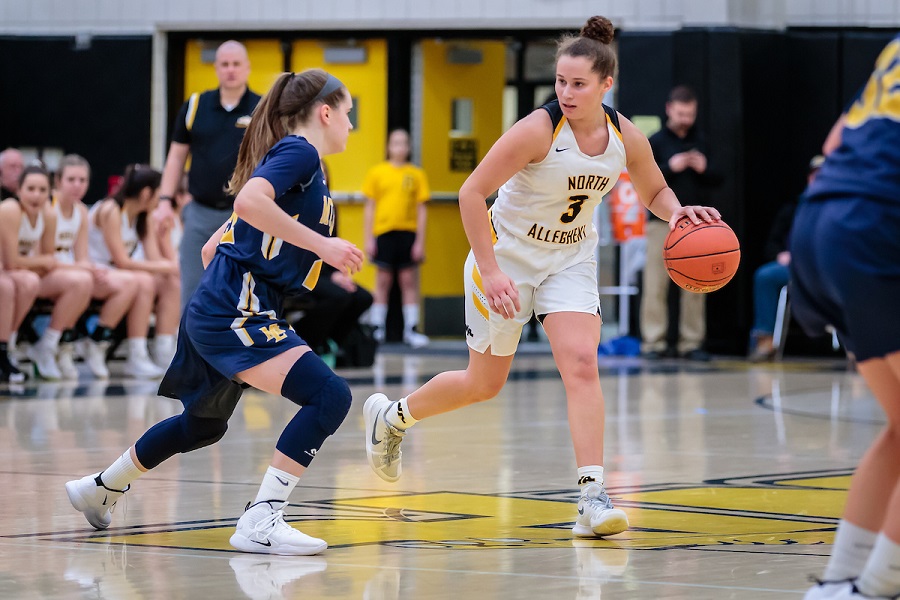 Facing off for the second time this season, the North Allegheny girls’ basketball team again prevailed over the Penn Hills Indians by a 51-47 decision on Thursday night. The Tigers won their season opener against the Indians as well on Dec. 7, 60-47 at home. Thursday’s victory came on the road at Penn Hills.

North Allegheny caught fire in the first quarter and opened up a 19-4 lead thanks to the hot hand of senior and Ohio Northern commit Brynn Serbin, who connected on three 3-pointers in the opening stanza on her way to a 14-point night.

The second half played out in similar fashion with the Tigers sizzling to start. Senior and Akron commit Rachel Martindale poured in three 3-pointers in the third quarter to expand the NA advantage to 44-31. Martindale totaled 14 points on the evening.

As they did in the second quarter, the Indians attempted to rally back in the fourth quarter but could not come all the way back, falling to the Tigers, 51-47.

North Allegheny remains unbeaten and sits at 9-0 following the non-section win. Penn Hills slides to 5-3 on the year, with two of its losses coming to NA. The Tigers will take on Trinity today at noon at Penn Hills High School.