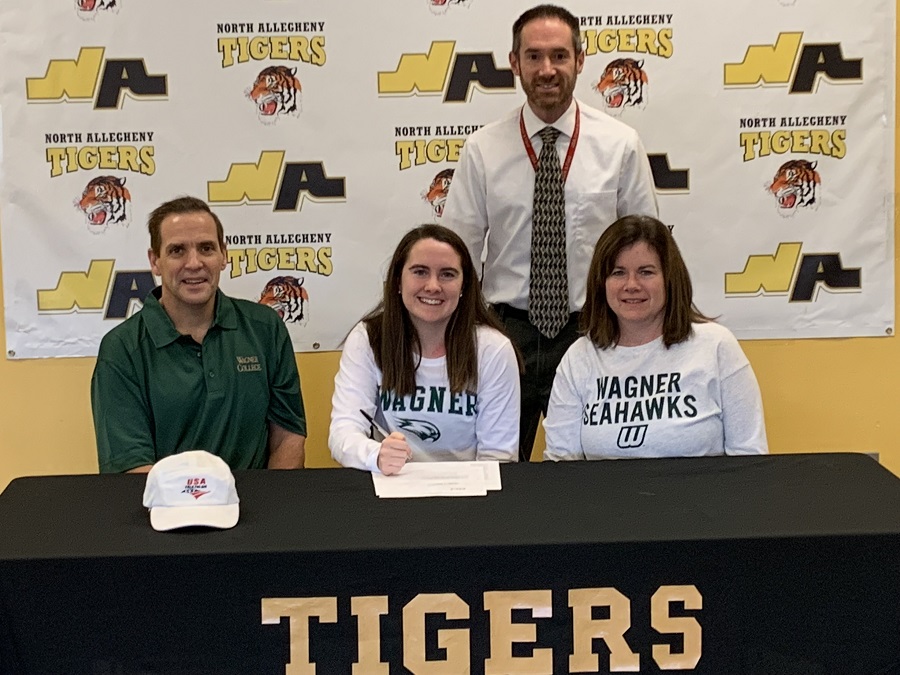 North Allegheny senior Ally Meehan inked her letter of intent on Wednesday with Division I Wagner College in New York for triathlon.

As a Tiger, Meehan was a member of the 2018 PIAA champion cross country team but will become the first North Allegheny athlete, and one of the first in the WPIAL, to compete in triathlon at the collegiate level.

Meehan is a three-time triathlon All-American and finished 15th at the High School National in Tuscaloosa, Alabama. In 2017, she finished fifth in her age group at the national championship.

Triathlon is an emerging sport in the NCAA for women and Wagner College most recently celebrated a very successful inaugural season. The Seahawks finished in fourth place at the NCAA Division I national championship in November.

Meehan also competed on a Club Team called Get Fit Families and would like to thank head coach Joella Baker.

Meehan will major in Psychology at Wagner College. She is pictured above with her parents Matt and Becky Meehan, and North Allegheny cross country coach John Neff.