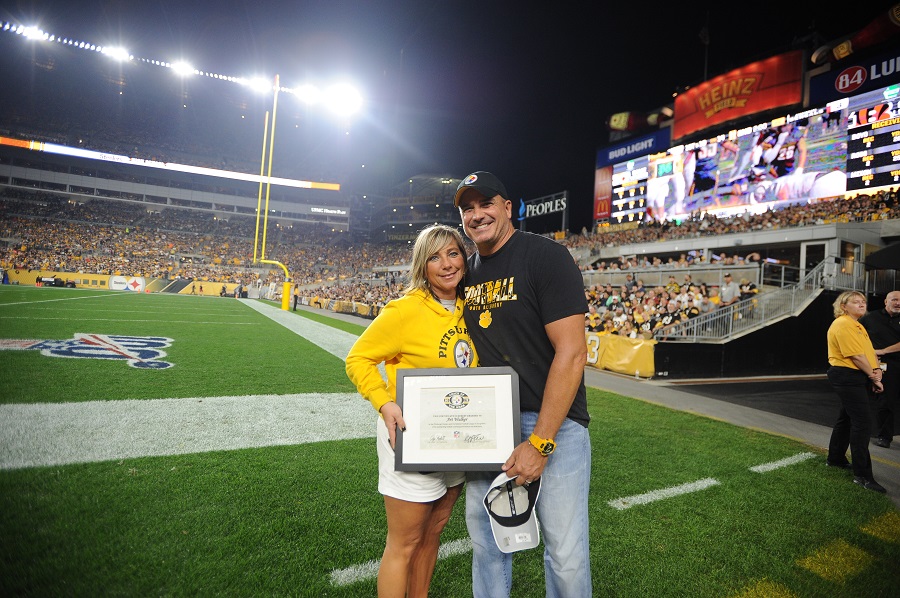 North Allegheny head coach Art Walker was recognized on Monday night at Heinz Field as the Pittsburgh Steelers High School Coach of the Week. Coach Walker was honored at the two-minute warning of the first half on the video board of the Steelers vs. Cincinnati Bengals game.

Walker was tabbed the Coach of the Week by the Steelers following North Allegheny’s 11-10 win over Central Catholic on Sept. 9. The win was also his 200th career coaching victory.

Since that victory, the Tigers have ascended to No.1 in the rankings in the WPIAL Class 6A and sit as the only undefeated team in the classification at 6-0.

Along with the first half recognition on Monday night, the Tigers youth football program also receives a $1,000 donation from the Steelers and the NFL Foundation.