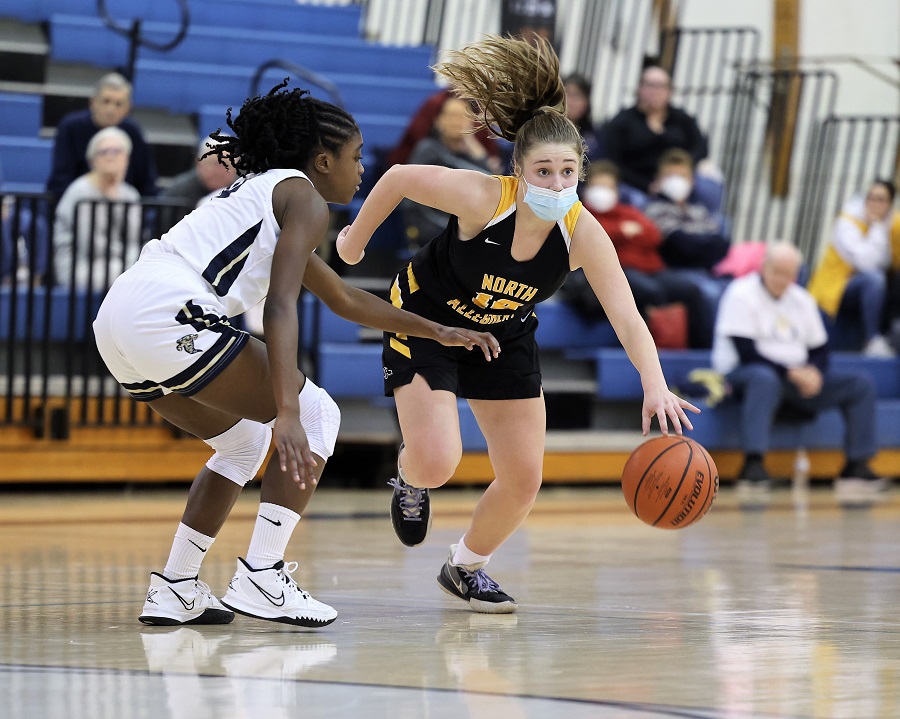 The North Allegheny girls’ basketball team maintained its unblemished record on Thursday night with a 53-47 triumph at Butler in Section 1-6A action. The win was the Tigers 18th in a row and 23rd straight in the head-to-head series with the Golden Tornado.

Hoping to pull off the upset, Butler held a 24-21 lead at the half. However, the reigning PIAA champions put together a big second half thanks in part to the perimeter shooting of sophomore Caroline Henderson, who led the way with 18 points and four 3-pointers. Three of Henderson’s treys came in the second half. Junior Jasmine Timmerson totaled 13 points and helped put Butler away with 6-of-8 shooting from the free-throw line.