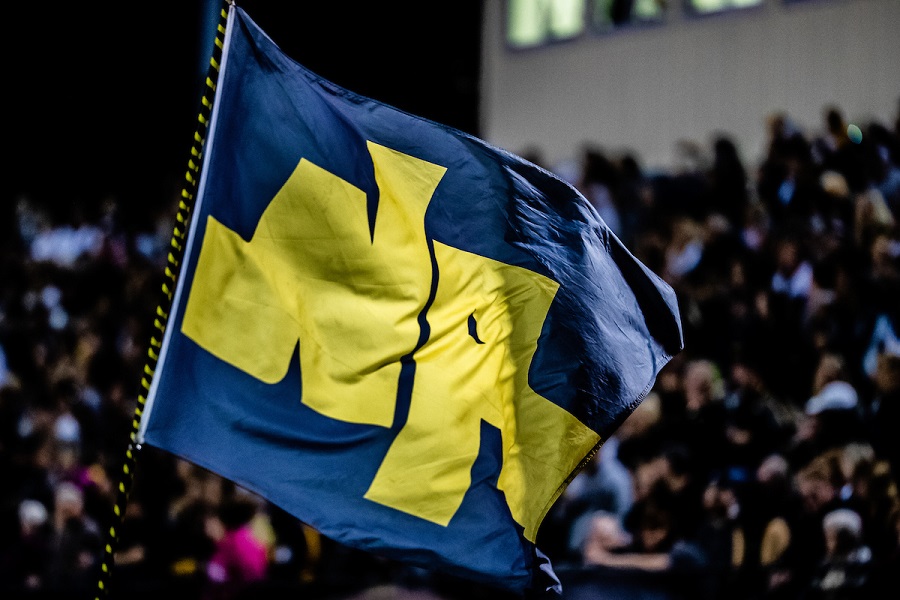 First Place At Stake In Class 6A, NA Plays Host To Mt. Lebanon

First place is at stake in the Class 6A Quad County Conference tonight as North Allegheny (4-0) plays host to Mt. Lebanon (3-1) at Newman Stadium. Both the Tigers and Blue Devils have conference marks of 3-0 with Pine-Richland sitting a half game back at 2-0.

The Tigers were able to cruise to their fourth win in a row last week with a 42-6 triumph over Canon-McMillan. Senior running back Percise Colon accounted for 303 total yards, with 260 yards on the ground and two touchdowns in the win.

Mt. Lebanon rallied from a 14-0 deficit last week to earn a 26-20 victory against Seneca Valley. Senior hybrid Evan Jones caught two touchdown passes and rushed for another score to spark the come-from-behind win.

Jones is a dynamic player that will lineup at just about anywhere on the field. The multi-purpose back has hauled in 10 passes for 239 yards, he’s rushed for 154 yards and passed for 94 yards with six total touchdowns. Jones will see some reps at quarterback tonight, along with sophomore signal caller, Joey Daniels. Daniels has passed for 562 yards on the season with eight touchdowns and one interception.

Mt. Lebanon is also very good on the ground, with four different players that have rushed for 155 yards or more. The leading rusher is senior Mason Ventrone with 250 yards and four touchdowns. The Mt. Lebanon averages 40 points per game on offense and permits 24 points per game on defense.

North Allegheny averages 29 points per game on offense and has allowed a paltry four points per game on defense, tops in Class 6A. The Tigers hope to receive another big game from Colon, who has rushed for 469 yards and three touchdowns this season. North Allegheny hangs its hat on the ground game but is very capable of doing damage through the air as well. At receiver, the Tigers boast Princeton commit Luke Colella and Division I recruit Khalil Dinkins. Standing at 6-3, 205 pounds, Dinkins can be a matchup problem for opponents and hauled in his first touchdown reception of the season last week on a 30-yard pass from quarterback Ben Petschke.

A sidebar to tonight’s contest is the matchup between the head coaches. Mt. Lebanon is led by first-year head coach Bob Palko, who spent the last 24 years at West Allegheny where he won eight WPIAL titles and one state crown. Art Walker is now in his 15th year as head coach at North Allegheny and in his 22nd year overall. Walker’s first coaching job as an offensive coordinator came under Palko at West Allegheny from 1995-1997.

North Allegheny has won nine in a row against Mt. Lebanon, including two playoff victories in that span. The last time the Blue Devils beat the Tigers was by a 27-7 decision in 2005, which was Walker’s first year as head coach at North Allegheny. In last year’s meeting between the two teams, North Allegheny earned a 34-3 win in the south hills. Colon rushed for 113 yards and scored three touchdowns in that contest.

Kickoff for tonight’s game between North Allegheny and Mt. Lebanon is slated for 7:30 p.m. The pregame show gets underway at 7:10 p.m., including a pregame interview with Tigers head coach Art Walker. To listen to tonight’s broadcast, click here.