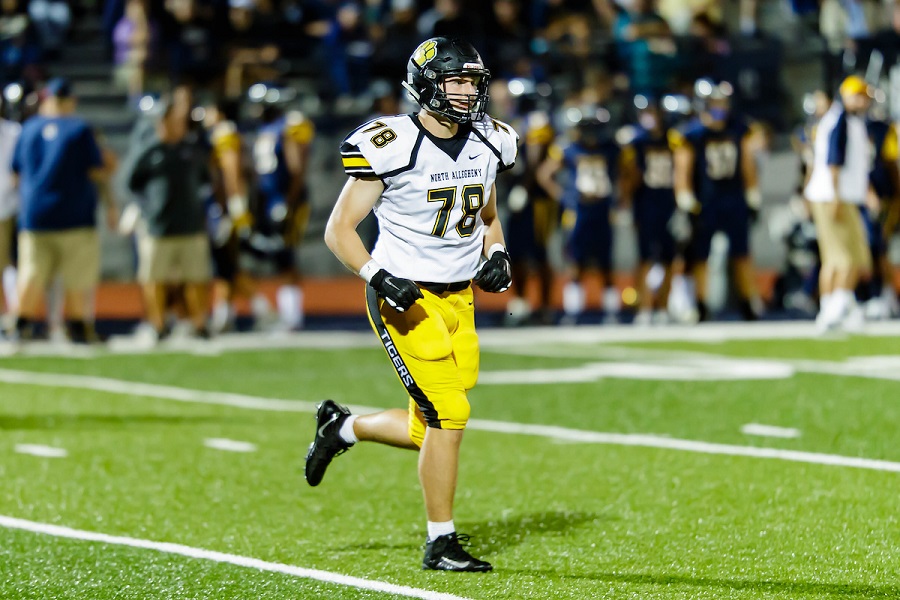 I am very excited to announce that I am committing to John Carroll to continue my academic and athletic career. I want to thank everyone who has helped me including my friends, family, girlfriend, and coaches. Go blue streaks⚡️@CoachLongJCU @RickFinotti @CoachTVoss pic.twitter.com/5oVkTGjy6S

A valuable member of the defensive front, Sheets made 18 tackles last season and punished opposing quarterbacks with four sacks. He also tallied an interception during a 49-14 win over Butler. By season’s end, Sheets was recognized as an honorable mention selection by the Big 56 Conference.

Sheets, along with NA teammate Ben Grafton, will play for a John Carroll team that went 9-1 last season in the Ohio Athletic Conference. JCU’s only loss coming to national power, Mount Union.