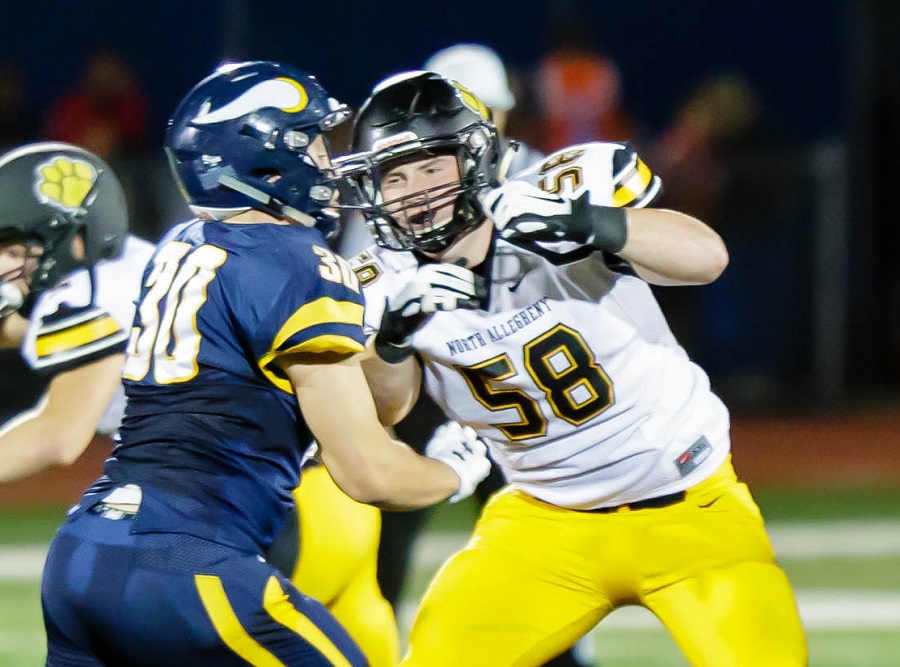 I’m extremely happy to announce that I am committing to Westminster College! I want to thank my family, friends and coaches for helping me along the way! Go Titans!🔵⚪️@coachbenzel @CoachFuhrmWC @CoachHogue58 pic.twitter.com/kFhTgN24ec

Turner will join teammate and fellow offensive lineman, Gabe Diulus, at Westminster next season. The Titans went 8-3 overall in 2019 and 6-3 in the Presidents’ Athletic Conference, concluding the year with a 35-24 win against SUNY Morrisville in the ECAC Clayton Chapman Bowl.

Turner was part of a 2019 North Allegheny team that went 10-2 and reached the WPIAL Class semifinals. Congratulations to Turner and good luck in his future endeavors.