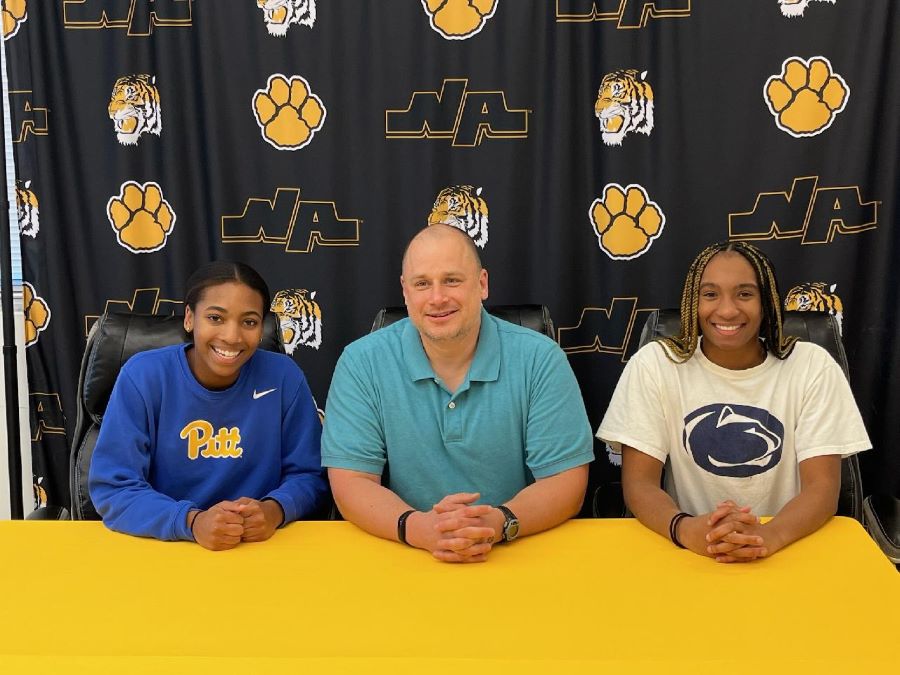 North Allegheny seniors Eva Prenatt and Jasmine Timmerson have signed their letters of intent to continue their academic and athletic careers in college next season. Prenatt inked her LOI with Penn State-Behrend and Timmerson signed to play at the University of Pittsburgh.

Timmerson is a two-time All-State pick by the Pennsylvania Sports Writers, earning First Team honors as a junior and Third Team laurels as a sophomore. Timmerson is a four-year starter and averaged 14 points per game for the Tigers last season.

Prenatt plans to major in either Communications or Sport Management at Penn State-Behrend. Timmerson is undecided on her studies at Pitt. Both are pictured above with head coach Spencer Stefko.