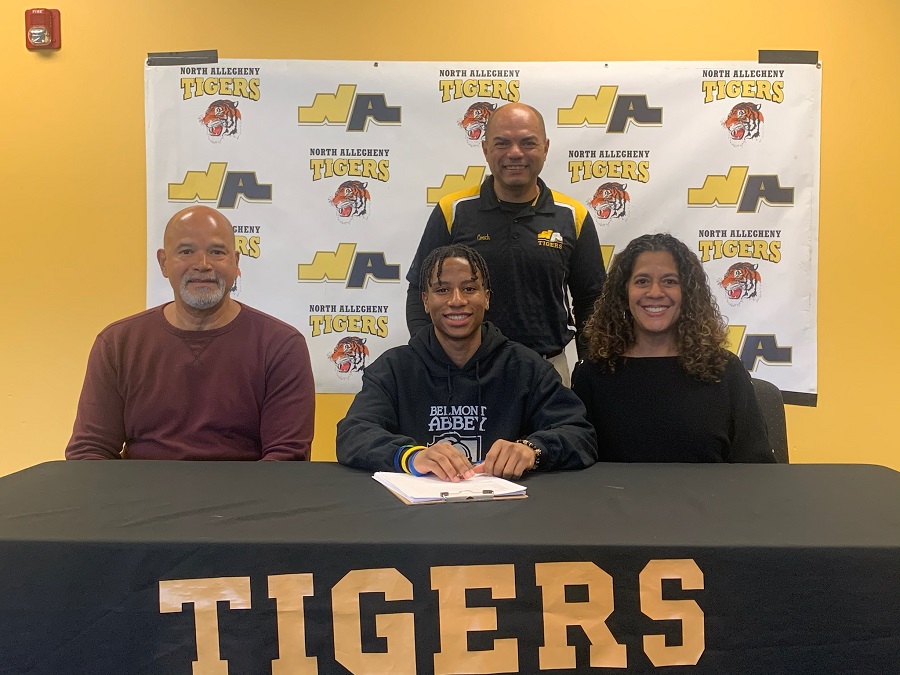 North Allegheny senior Kensly Owens has signed his letter of intent to continue his soccer and athletic career at Belmont Abbey College in North Carolina. Owens signed his LOI to play Division II soccer on Friday.

Owens had a breakout senior season for North Allegheny in the fall of 2020 and scored 14 goals, finishing second on the team. By season’s end, Owens was named All-WPIAL and selected first-team all-section by the Big 56 Conference. With the help of Owens, the Tigers appeared in the WPIAL playoffs for an 11th consecutive season and reached the WPIAL quarterfinals before concluding the campaign with a 13-4-1 record.

At Belmont Abbey, Owens will major in Sports Medicine. He is pictured above with his parents Michael and Carmen Owens and North Allegheny assistant coach Carlos Salgado.