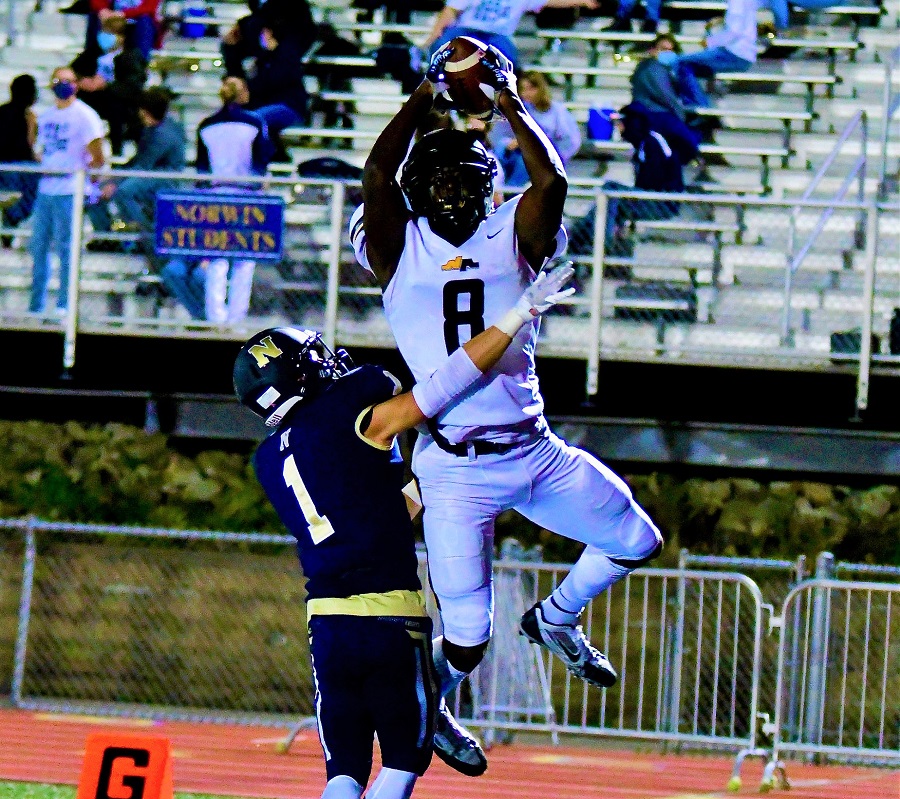 North Allegheny senior Khalil Dinkins has made a verbal commitment to play college football at Penn State University. The versatile talent announced his decision via Twitter on Wednesday.

A second-team All-Big 56 Conference pick at linebacker last season, Dinkins has taken his game to new heights during the 2020 campaign. The 6-3 wideout has hauled in 16 receptions for 234 yards and 3 TDs through five games of his senior season. Additionally, he has rushed for 137 yards and three more scores, sometimes running out of NA’s “Monster Package.”