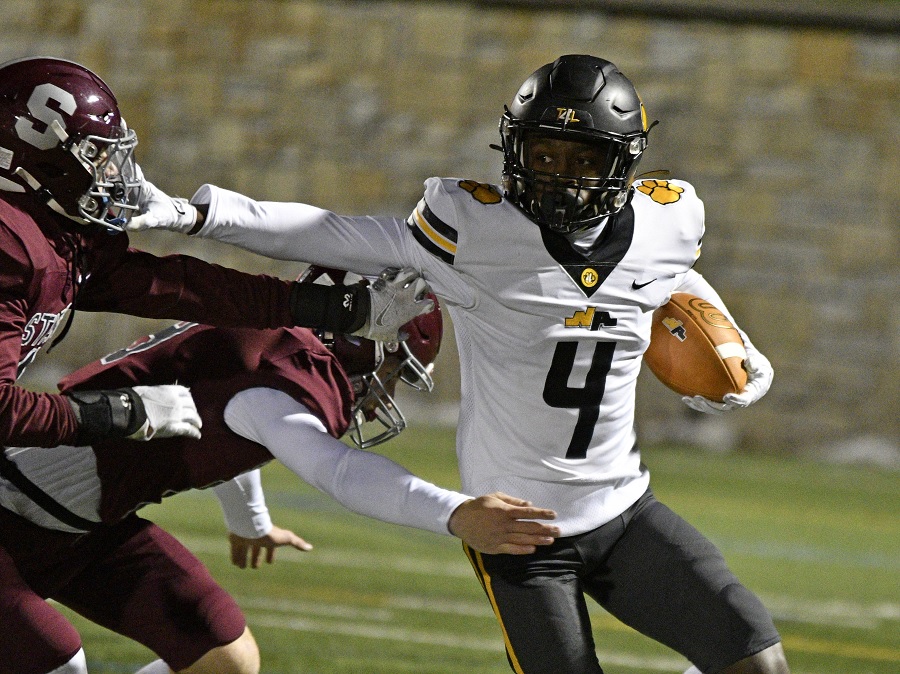 The Pennsylvania Sports Writers released their All-State team in Class 6A on Friday afternoon and North Allegheny senior Khiryn Boyd received All-State laurels at defensive back.

Boyd posted 18 tackles and a team-best seven interceptions on the season. His seven interceptions were the most by a Tiger since Joey Porter Jr. (Penn State) pirated seven passes for NA in 2017. A big play threat on offense and special teams, Boyd led North Allegheny in receiving with 42 receptions for 742 yards and seven touchdowns. On the ground, Boyd carried the ball 22 times for 286 yards and four touchdowns. He also stuck for a 98-yard kickoff return for a touchdown in a 20-3 win against Penn-Trafford in week eight.

Boyd also played a pivotal role in North Allegheny’s 35-21 win over Central Catholic in the WPIAL Class 6A championship, hauling in touchdown passes of 51 and 68 yards.

The All-State recognition adds on to a bevy of other postseason awards earned by Boyd this season, including Class 6A Player of the Year honors by the Pittsburgh Post-Gazette and Trib HSSN. He was also named to the PG’s Fabulous 22 and Trib’s Terrific 25 all-star teams.