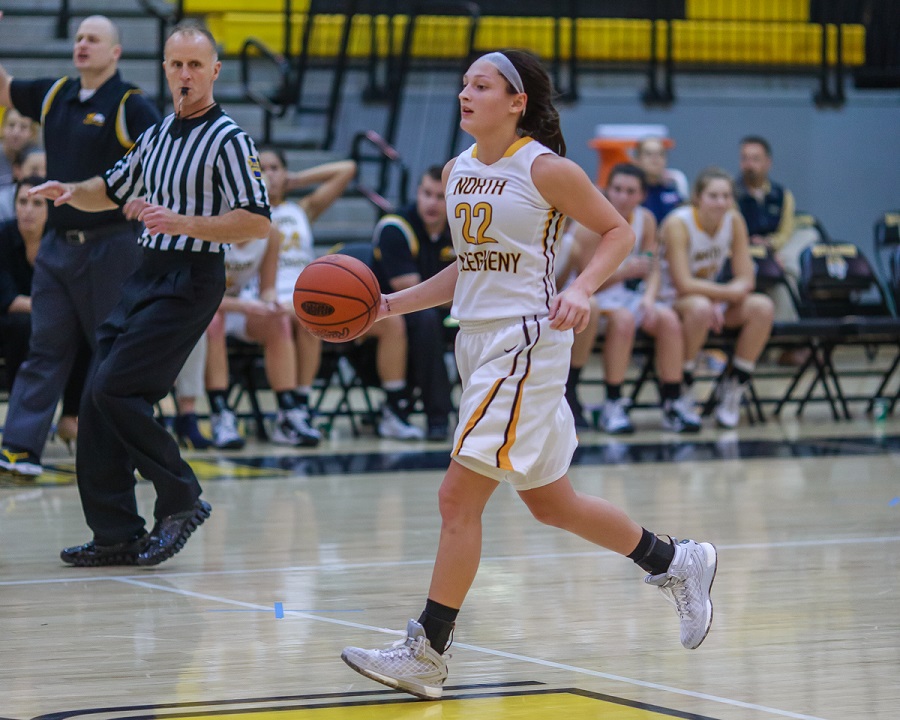 The North Allegheny girls’ basketball team concluded the regular season with a tough tune-up game before the playoffs against Peters Township and topped the Co-Section 4 champion Indians, 68-54. In a contest that pitted two teams that set a manic pace and run in transition, it was North Allegheny that got the best of its opponent for a non-section victory.

Typical of their style, the Lady Tigers spread the wealth on offense as 10 players scored points and four finished in double figures. Freshman Rachel Martindale led the way with 15 points and poured in 3 of 5 attempts from beyond the arc. Senior Taylor Lake netted 13 points, junior Haley Zeise added 12 points and senior Abby Gonzales chipped in with 10 points.

Peters Township was paced by Cameron Morgan who dropped in 15 points for the Indians. Talented senior Madison Kerr managed 13 points but was held in check for the most part by the Tigers defense which contained Kerr to just 4 of 14 shooting from the field. The difference in the game was shooting percentage as NA connected on 44 percent shooting, while Peters Township connected on only 32 percent of its attempts.

North Allegheny finishes the regular season with a 19-3 record. Peters Township dips to 18-4 overall. Both teams await their seeding when the WPIAL playoff brackets are released on Tuesday.