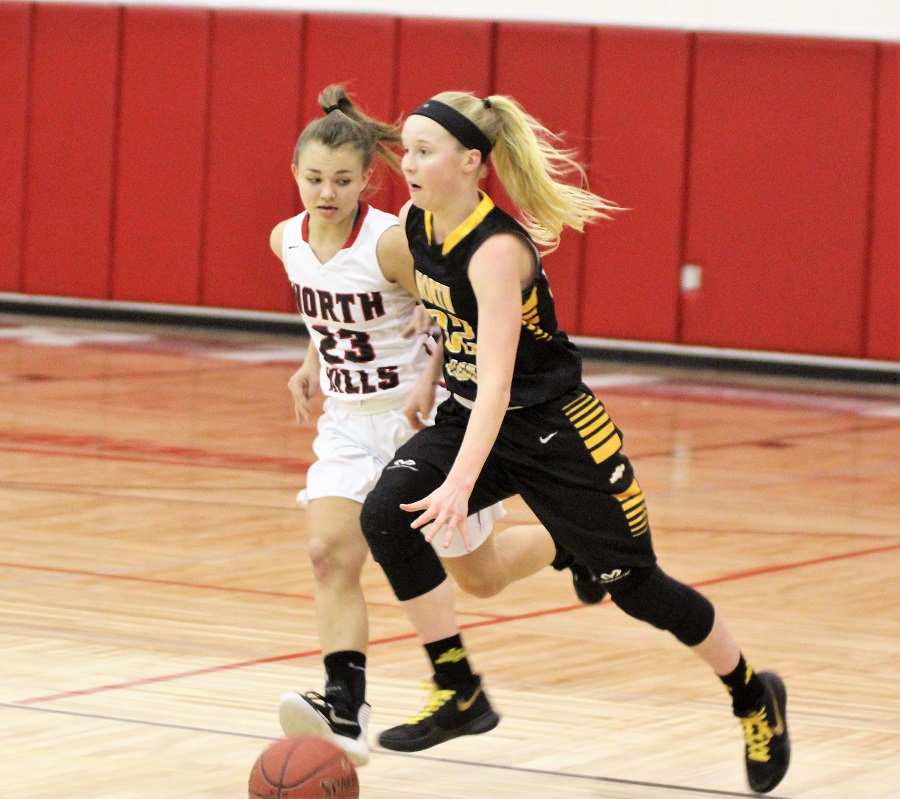 The North Allegheny girls’ basketball team had no issues with maintaining its perfect record on Tuesday night, dispatching North Hills on the road, 59-39. The contest was only the second road game of the season for the Tigers.

NA started out hot from beyond the arc, converting on 4 of 7 attempts from 3-point range in the first half. They were also able to turn its stingy defense into easy offense to build a 38-15 halftime lead. The Tigers shot 81 percent to 41.7 percent for the Indians.

Senior Piper Morningstar continued her hot streak, scoring 11 of her team-high 15 points in the first half. Also finishing in double figures was freshman Lizzy Groetsch with 13 points. North Allegheny received scoring contributions from eight different players in the game.

With the game already out of reach, North Hills went on a 17-6 run in the fourth quarter led by senior Jordan O’Malley.

With the win, the Tigers improve to 12-0 overall and 5-0 in Section 1-6A. North Hills drops to 3-9 and 0-5. NA will be back in action on Friday when they travel to Altoona for a non-section game at 7 p.m. The Tigers defeated the Mountain Lions 45-44 on Dec. 10 in the championship game of the Wright Automotive Tip-Off Tournament.