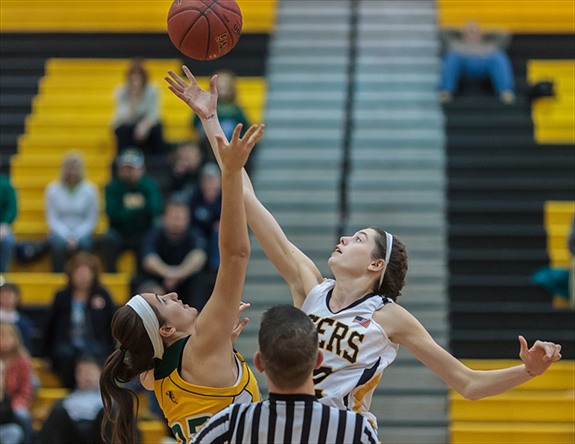 The North Allegheny Lady Tigers open the 2013-14 basketball campaign at the Wright Automotive Tip-Off Tournament tonight.  In the tournament opener, Mt. Lebanon faces Altoona at 6:30 pm, to be followed by the host Lady Tigers taking on the Chartiers Valley Colts at 8:00 pm.

North Allegheny is the reigning Section 3 champions and is the top-ranked team in the Pittsburgh Post-Gazette preseason poll.  The Lady Tigers return four starters from last year’s team that finished 20-4.  Sophomore Abby Gonzales was NA’s leading scorer in her rookie season, averaging 11 points per game. Senior guard Taylor Brennan is the most experienced player on the roster and a sharpshooter from the outside, hitting 28 three-pointers last year. Junior Devvin LaBarge knocked down a team-best 30 treys a year ago, connecting at a 37% clip. Junior Meg Morningstar is a 6-2, two-sport athlete who is verbally committed to play volleyball at Notre Dame.

The Lady Tigers’ opponent, the Chartiers Valley Colts, brings back a wealth of talent from a squad that reached the WPIAL title game and PIAA semifinals in 2012-13. The key returnees for the Colts are 5-8 junior guard Jenna Devinney and 6-3 senior forward Kristin McGeough. Devinney is a talented outside shooter and McGeough is a handful on the inside.  Despite familiar players on the court, there is one new face on the sideline for the Colts. First-year head coach Ashley Battle has no years of coaching experience, but she makes up for that with six years of professional basketball experience in the WNBA and six more season of pro ball overseas. In college, Battle played for D-I powerhouse UCONN where she won three national championships with the Huskies.

Tonight’s game between North Allegheny and Chartiers Valley tips-off at 8:00 pm and will be broadcast live on the North Allegheny Sports Network.  Randy Gore and Rick Meister will have the call.  Click here to listen!