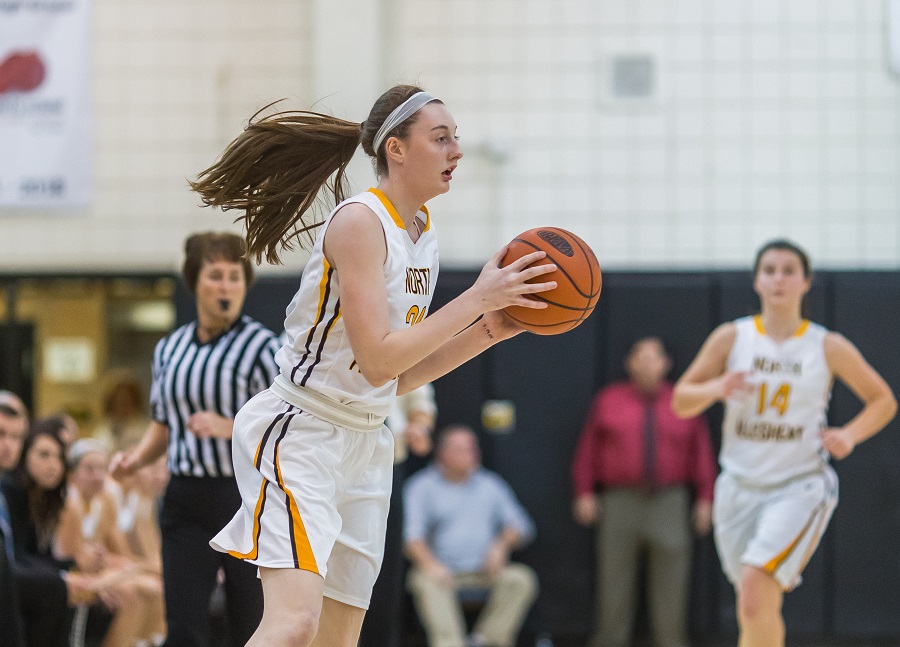 With a stifling defense, North Allegheny limited Upper St. Clair to 27-percent shooting from the field and cruised to a 57-35 victory over the Panthers at the Wright Automotive Holiday Tournament on Tuesday night. The Lady Tigers also held a 46-29 edge in the rebounding department in a one-sided non-section contest.

North Allegheny opened the game on a 9-0 run and did not allow USC a field goal throughout the entire first quarter. Owning a 13-4 lead after one period, the Tigers saw the Panthers claw to within six points with a 3-pointer by Lindsay Meyer to begin the second quarter. North Allegheny answered with another 9-0 run and the rout was on. Junior Courtney Roman helped spark the Tigers offense in the first half and finished with a game-high 11 points. The NA sharpshooter poured in 3 of 7 attempts from beyond the arc and was named the Wright Automotive Player of the Game.

It was a well-rounded effort by the Lady Tigers with eight different players touching the scoresheet. Along with Roman, sophomore Rachel Martindale also finished in double figures with 10 points and knocked down a pair of treys. Junior Madelyn Fischer added nine points and sophomore Brynn Serbin netted seven points and hauled in 10 rebounds. For Upper St. Clair, junior Kate Groninger scored a team-high nine points.

North Allegheny remains perfect on the season with a 7-0 overall record. Upper St. Clair dips to 1-5. The Lady Tigers will take on Ambridge at 3:00 p.m. on Wednesday in day two of the Wright Automotive Holiday Tournament. The game will be broadcast live via the internet on the North Allegheny Sports Network.