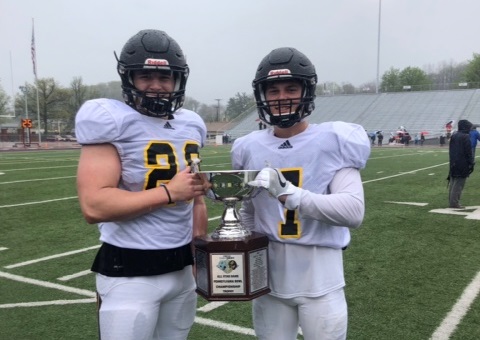 Langdon will play at Indiana University of Pennsylvania next season. Vardzel will join his older brother, Michael, on the gridiron at the University of Pittsburgh.