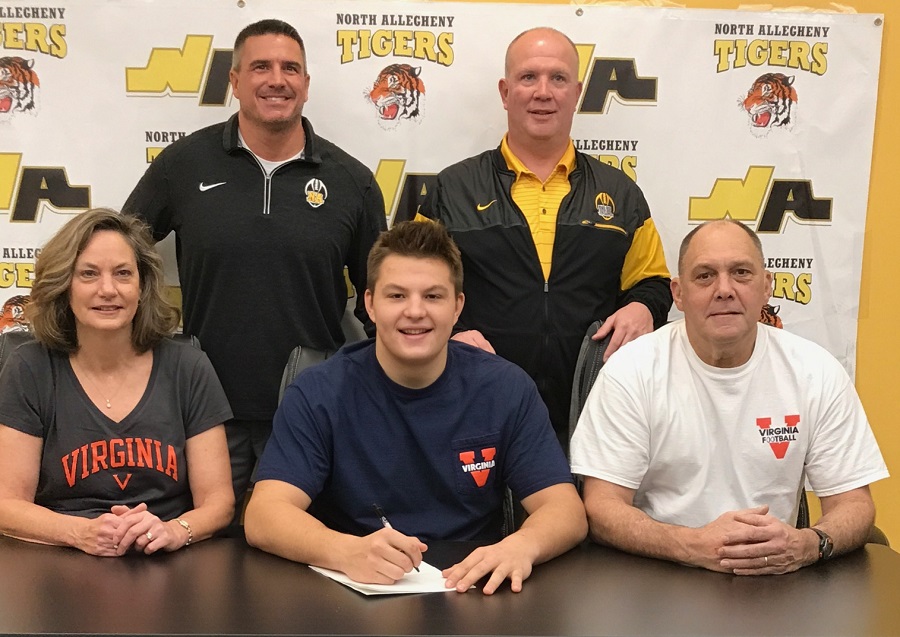 North Allegheny senior offensive lineman Derek Devine signed his letter of intent to play college football at the University of Virginia in the Atlantic Coast Conference. Devine has anchored the left tackle position for the last two years for the Tigers and was a Big 56 Conference first-team all-conference selection as a senior. The 6-foot-6, 275-pound lineman was offered by Virginia in May and Devine gave a verbal commitment over the summer.

Devine will join a University of Virginia football team that’s currently 6-6 on the season and will play in the Military Bowl on December 28 against Navy. The Cavaliers are led by second-year head coach Bronco Mendenhall. He was the head coach at Brigham Young University from 2005-2015 prior to coming to Virginia.