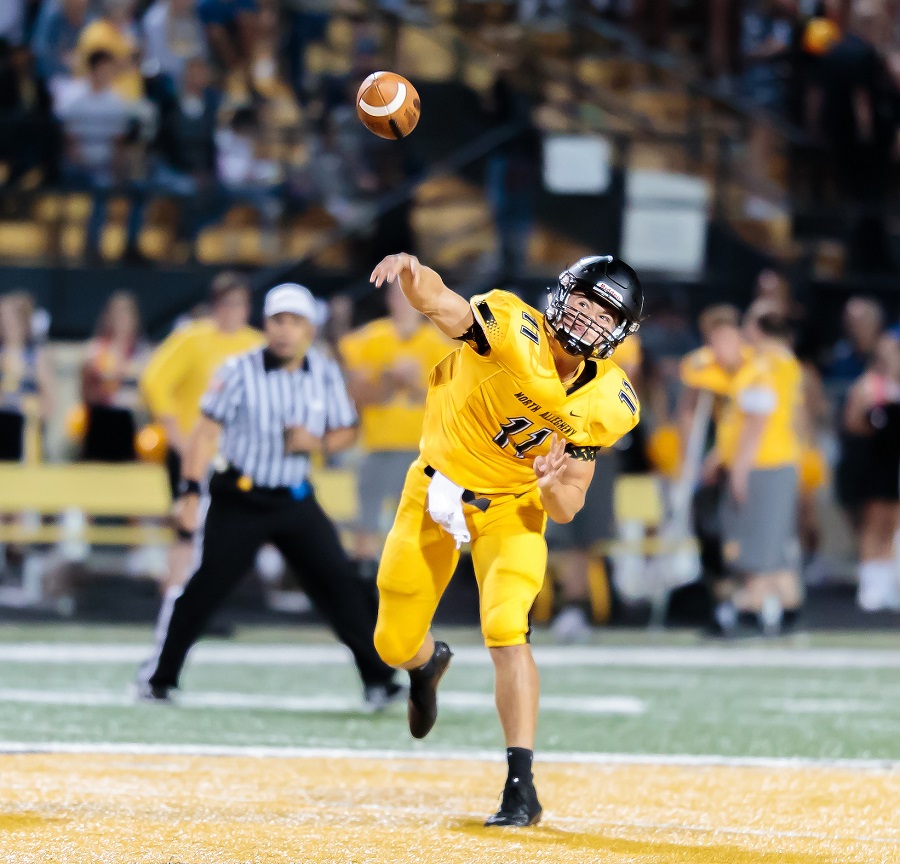 It’s an early season showdown in Class 6A tonight as the North Allegheny Tigers (2-0) will battle the Central Catholic Vikings (2-0) from Shaler Middle School. Both teams are coming off victories in their conference openers last week. North Allegheny rolled over Norwin in a 42-0 blowout, while Central Catholic used a last-minute touchdown to survive at Seneca Valley, 10-7. Senior quarterback Dom Pieto scored the game-winning touchdown for the Vikings on a 5-yard bootleg with 28 seconds remaining.

The storyline for tonight’s contest is undoubtedly defense. Central Catholic boasts a defensive front composed of four future Division I athletes. Defensive tackle A.J. Beatty is a University of North Carolina commit, senior twins A’Maar and A’Meer Allen are being recruited by MAC Conference schools, and junior Elliot Donald is ranked as the No. 7 defensive tackle in the country by Rivals.com. The nephew of 2018 NFL Defensive Player of the Year Aaron Donald, Elliot Donald has received offers from the likes of Pitt, Penn State, Ohio State and Notre Dame.

While those credentials are impressive, so is North Allegheny’s defensive resume. The Tigers have posted back-to-back shutouts to open the 2019 season and have yielded only 224 yards in the first two weeks combined. Senior Sam Sheridan, who has an offer from Rhode Island, was the Wright Automotive Player of the Game in last week’s blanking of Norwin and has totaled a team-leading 3.5 sacks so far on the young season. NA’s linebacking corps boasts a pair of Division I recruits in the form of senior Amosis Porter and junior Khalil Dinkins. North Allegheny’s leading tackler is up-and-coming junior linebacker Nathan Hoke with 11 stops and three sacks on the campaign.

Considering both NA and Central Catholic possess outstanding defenses and quality rushing attacks on offense, protecting the football and field position will be paramount to determining a victor tonight.

The last time these teams met was in week two last season with North Allegheny claiming a 27-3 win at Newman Stadium. The Tigers defense ruled the day in that contest, forcing six turnovers. Running back Ben Maenza spurred on the ground game with 111 yards and two rushing touchdowns.

Kickoff for tonight’s game is slated for 7:30 p.m. from Shaler Middle School. The contest will be broadcast live by the North Allegheny Sports Network. The pregame show gets underway at 7:10 p.m., including a pregame interview with Tigers head coach Art Walker. To listen to tonight’s game, click here.