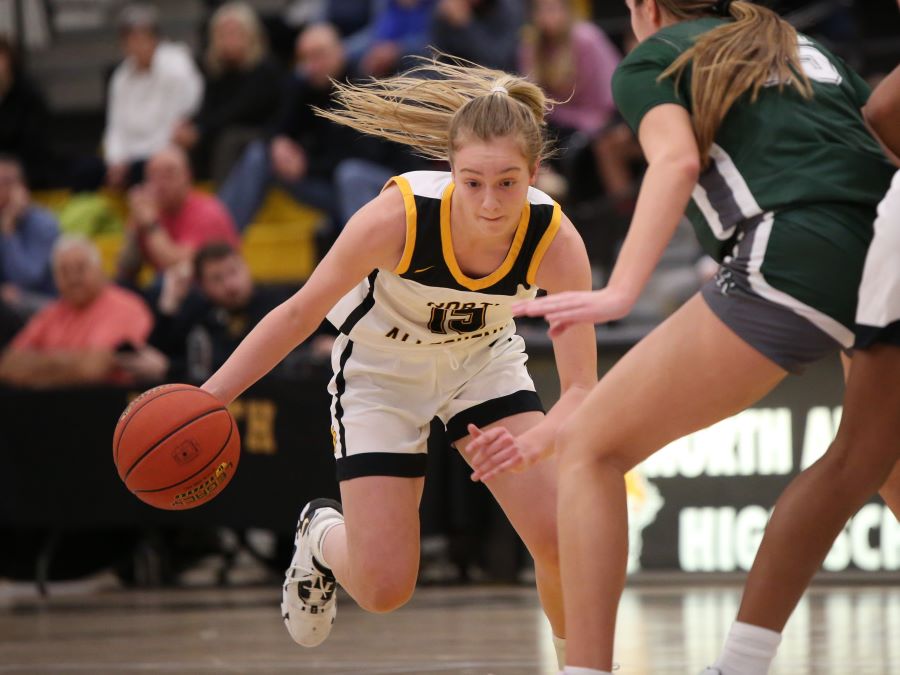 After falling 53-32 on Tuesday night at Norwin. The Tigers were much more comfortable on their home floor taking down the Pine-Richland Rams 59-48 Friday night at UPMC Court at North Allegheny High School.

North Allegheny used great defense to force turnovers and get out in transition quickly blitzing the Rams and jumping out to a 13-2 lead. Pine-Richland would settle in a little bit to finish the quart but the Tigers led 18-7 after a quarter of play. The second quarter was much more competitive as Pine-Richland started to hit shots from the outside but North Allegheny had a 31-19 lead with six seconds left and was able to force a miss, get the ball up to Jasmine Timmerson who hit a buzzer beater and gave North Allegheny the momentum back heading into halftime leading 33-19.

The Tigers would get the opening bucket in the third quarter to make the lead 35-19, the biggest lead they would have on the night, when Pine-Richland junior Madison Zavasky took over, scoring 12 of her 21 points in the third frame and Pine-Richland went on a 18-7 run the rest of the quarter and North Allegheny only led by five at 42-37 heading into the fourth quarter. After Zavasky was the show in the third quarter, it was Timmerson’s turn to take center stage as she was able to get control of the game back and lead North Allegheny to a 59-48 victory.

Timmerson finished with 21 points and was named the Wright Automotive Player of the Game. Kellie McConnell and Lydia Betz each added 11 points.

North Allegheny improved to 5-3 overall and 1-1 in the section with the win. Pine-Richland falls to 3-6 overall and 1-1 in the section. The Tigers will be back at home on Tuesday when they take on the Butler Golden Tornado at 6:30 p.m. at UPMC Court. This will be apart of another girl/boy doubleheader and will be broadcasted live on the North Allegheny Sports Network.