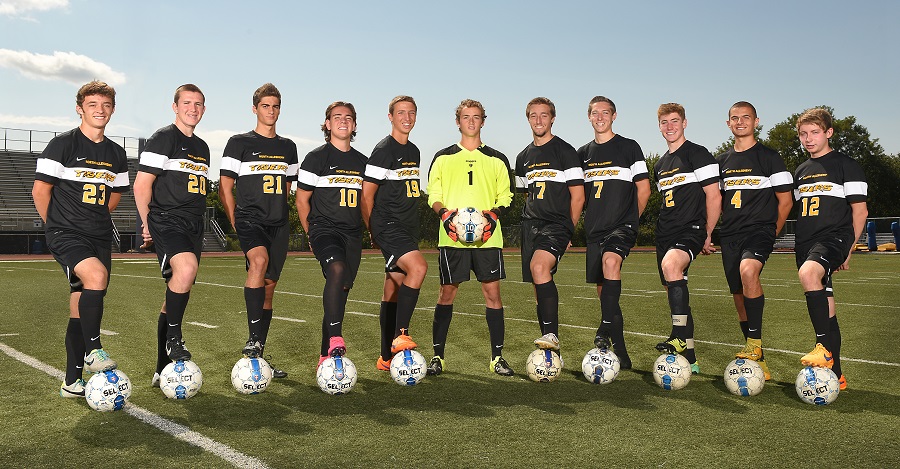 After reaching the WPIAL quarterfinals last season, the North Allegheny boys’ soccer team has its sights set on a sixth straight playoff appearance and an even deeper run in the post-season in 2015. The Tigers finished the 2014 season with a 10-8-2 record, and a second place showing in Section 2-AAA, before eventually bowing out of the playoffs to the eventual state champion Upper St. Clair Panthers in the quarterfinals, 2-1.

North Allegheny hopes to build on last year’s experiences for the upcoming season.  Amongst several returnees, the Tigers will bring back All-Section defender Nicholas Thornton and All-Section Honorable Mention Josh Luchini. Thornton is an outstanding defensive player who will be part of a talented senior class this season (senior class shown above in photo). The youth movement will be paced by sophomore Luchini who was one of NA’s top scorers a year ago as freshmen.

The North Allegheny boys’ soccer team is led by head coach Bobby Vosmaer and will open the regular season on September 5 at Kiski at noon.