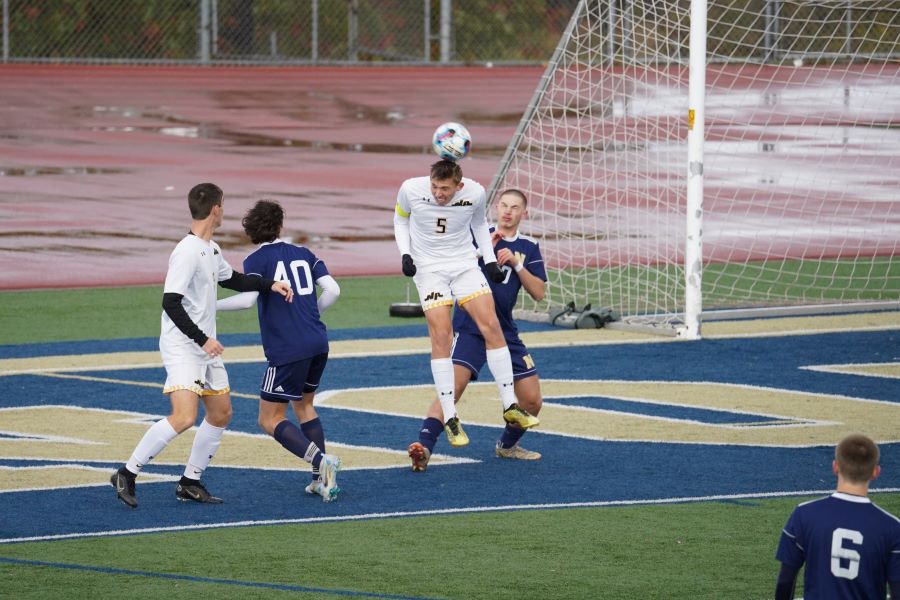 The North Allegheny boys’ soccer team went out on a high note to end the 2022 season with a 4-2 victory at Norwin on Wednesday afternoon.

The Tigers jumped out to an early 3-0 lead against the playoff-bound Knights and scored the game’s first goal in the 4th minute when senior Brendan Angermeier’s throw-in deflected off a defender and into the Norwin goal for a 1-0 lead.

North Allegheny added onto the lead in the 15th minute as senior Ben Christian threaded a pass to fellow senior Patrick Lopresti, who drove to the net and scored for a 2-0 advantage. Just three minutes later, the Tigers struck again thanks to a drive and pass by senior Gabi Götz to Angermeier for the finish and a 3-0 lead. The goal by Angermeier was his second of the night and fourth of the season.

In the second half, a penalty kick sparked a Norwin comeback bid in the 46th minute. NA goalie Ryan Dyga saved the initial PK shot by Daniel Maddock but Maddock pounced on the rebound to trim the score to 3-1. The Knights drew closer in the 56th minute when Noah Carson scored an unassisted goal and the NA lead was cut to 3-2. Undaunted, the Tigers put the game out of reach on a perfectly placed corner kick by Christian to senior teammate Aydan Dyga for a header in the 64th minute as NA closed out the game and the season with a 4-2 victory.

The Tigers outshot the Knights, 11-8. Goalies Dante Accamando and Ryan Dyga split the game in net with each making two saves in the victory.

North Allegheny concludes the season with a winning record of 10-7-1 overall and narrowly missed the post-season, finishing in fifth place in the ultra-tough Section 1-AAAA. Congratulations to Coach Manuel Montero and the entire boys’ soccer team for another winning season in 2022.