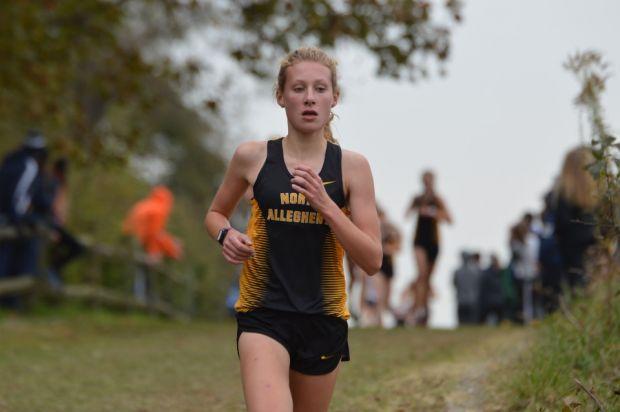 The NAXC Tigers travelled north to Erie, PA to race against Erie Cathedral Prep (boys) and Villa Maria Academy (girls).  Both NA teams dominated the competition in the first official meet of the season.

The girls won the season opener against Villa with an impressive score of 18-45.  The Lady Tigers had 10 out of the top 11 places and were led by senior race winner Hannah Lindgren.  Junior Keeley Misutka was not far behind in second place. She was followed by senior Caroline Daggett, freshman Lexi Sundgren, sophomore Maura Mlecko, senior Jenna Mlecko and junior Katie Ranallo.

The boys team handled the competition well also, beating Prep with a score of 20-41, while also taking 10 out of the top 12 spots on the race. The Tigers were led by a strong debut from senior Dan McGoey.  McGoey was followed by junior Andrew Kollitz, sophomore Graham Wolfe, senior Stephen Nalepa, senior Connor Foody, sophomore Ryan Podnar and sophomore Jackson Hickel.