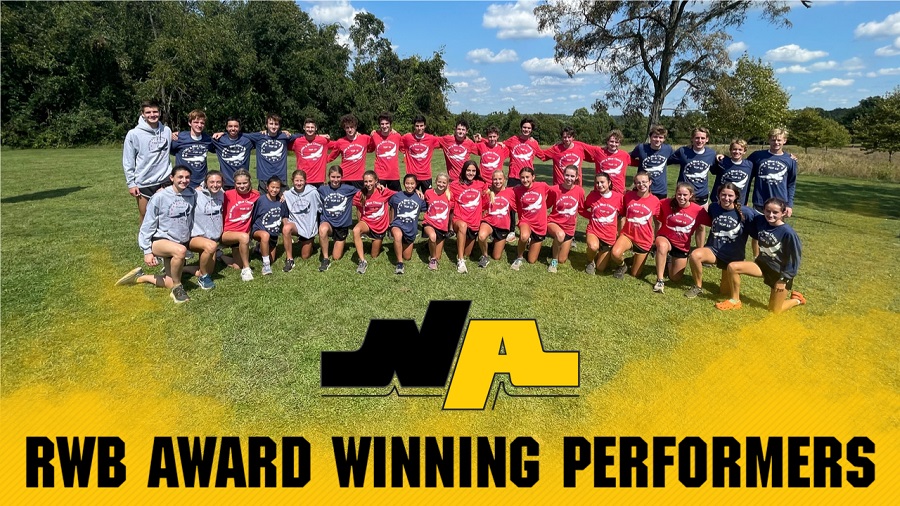 On Saturday, September 11th, the North Allegheny cross country teams traveled to White Oak Park to compete in the Red White & Blue Classic.  The NA Boys and Girls performed extremely well in their first invitational with both teams taking home the crown. Freshman, Jack Bertram, won the boys AAA race in his first ever high invitational.

In the AAA boys team race, the Tigers crushed the competition, beating the second-place team by 90 points with four runners in the top 10. Bertram won the race, taking the lead just before two miles into the race and never looked back.  Senior Scott Nalepa ran a smart race and overtook third place in the late stages of the course.  Senior Ryan Podnar ran one of his best races in a Tiger jersey with an outstanding time and eighth place finish.  Sophomore Michael Gauntner refused to give in and was mentally strong, placing 10th overall. Next up were seniors Graham Wolfe and Caleb Schall, running very well and placing 16th and 20th respectively. Junior Gregory Kossuth finished right behind Scgall in 21st. All seven finishers garnered individual awards for their performances and many of them ran a personal record for the 5k.

In the AAA girls’ race, the Tigers had a close battle with one of the best teams in West Virginia, Morgantown High School. After being tied after two miles, the Tigers dug deep and found a way to pull off the victory in the last 1.1 miles.  Despite a superstar studded field (top two runners from the race were PA and WV runners of year last year), the Tigers put three in the top 10.  Leading the way for the Lady Tigers was Wren Kucler, freshman, in her first ever high school invitational with a phenomenal 5th place finish. Sophomore Eva Kynaston and freshman Robin Kucler were fantastic in sixth and 10th respectively.  Freshman Sydney Kuder and senior Maura Mlecko both ran very well in 18th and 24th, while earning top 25 awards. Freshman Camille Swirsding was strong in her invite debut just missing the top 25 (26th).  Senior Rachel Hockenberry finished hard, displacing many teams’ scorers in 39th.  Like the boys, many of the girls ran lifetime bests for the 5k.

The Tigers will be back in action on Tuesday against Mars in a home section meet.