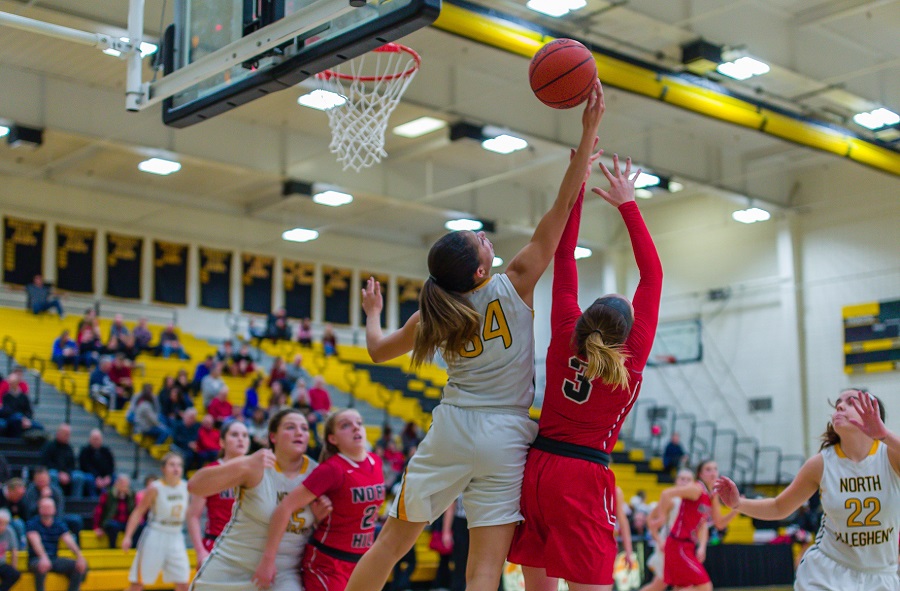 The Tigers held eighth-seeded Hempfield to six points or fewer in every quarter, including just two points in both the first and fourth quarters, en route to a 40-16 victory.

With the win, North Allegheny moves on to face Mount Lebanon in the semifinals on Tuesday. The Blue Devils knocked off defending champ Norwin, 47-44.

Friday’s contest belonged to the Tigers from the very start, as North Allegheny led by double digits before the Spartans could get on the scoreboard. Sophomore Rachel Martindale nailed two three pointers, and junior Courtney Roman tacked on another to stake the Tigers to a 14-2 lead after the first quarter.

Hempfield struggled to cut the Tigers’ advantage to single digits the rest of the way. After four Spartans scored in double figures in their first-round victory, only four Spartans even reach the scoresheet on Friday.

Six Tigers registered at least a point, with two reaching double figures. Junior Madelyn Fischer scored eight second-half points to propel her to 11. Martindale knocked down a total of four triples for a game-high 17 points.

For her efforts, Martindale earned the honor of Wright Automotive Player of the Game.

North Allegheny improved its overall record to 22-1 with the quarterfinal victory. Tuesday’s semifinal matchup with Mount Lebanon will take place at a site and time to be determined.