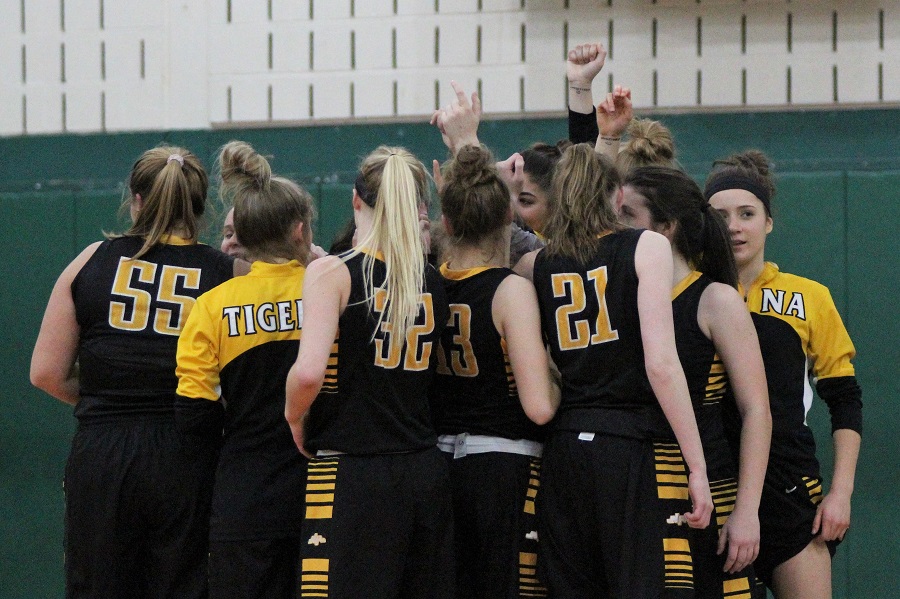 North Allegheny limited Pine-Richland to 20-percent shooting from the field and completely blanked the Rams in the fourth quarter en route to a 56-22 road victory in Section 1-6A action. The Rams scored only five points in the second half, all in the third quarter, and shot just 2 of 22 over the final 16 minutes. The Tigers held a 29-17 lead at intermission and outscored the Rams 27-5 in the second half to put things well out of reach.

For Pine-Richland, senior Kayla Graf scored 14 of her team’s 22 points.