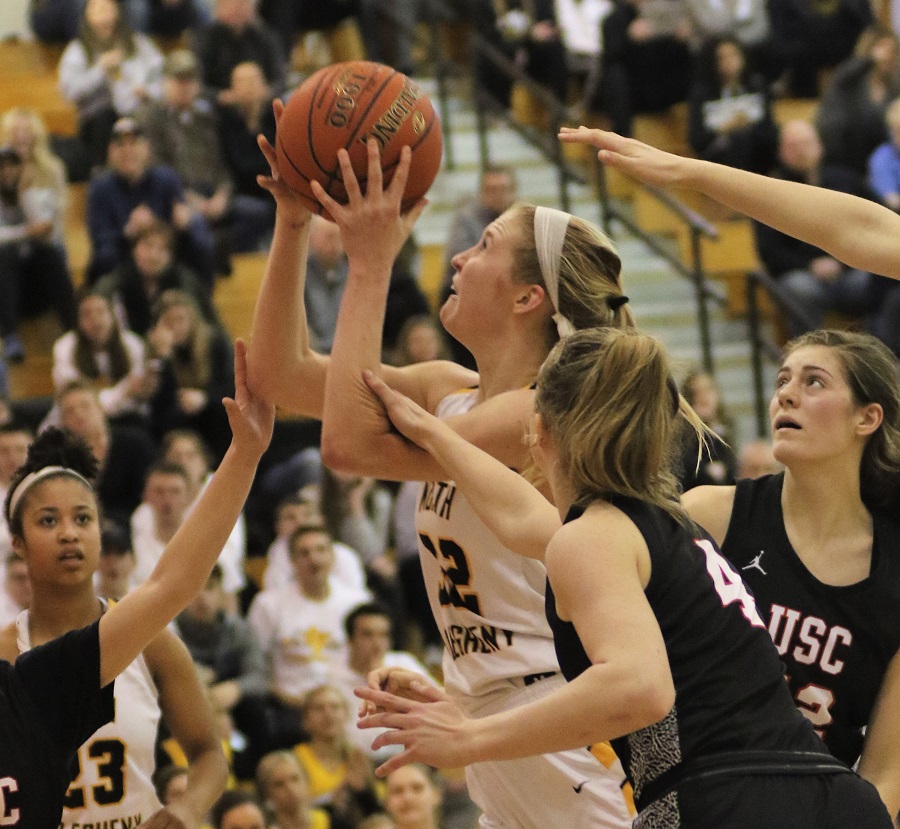 A defensive battle propelled North Allegheny to a fifth straight WPIAL title game appearance after a 39-27 win over Upper St. Clair in the Class 6A semifinals at North Hills High School.

Offensive struggle was the theme for both teams early on, but the Panthers found six points apiece off of four three-pointers from freshman Sam Prunzik and Paige Dellicarri in the first quarter. USC held a 12-11 lead after one.

North Allegheny added seven points in the second quarter thanks to the strong play of Lizzy Groetsch who ended the half with a game-leading seven points. NA led 18-12 at the midpoint mark.

The Tigers were led by Groetsch down the stretch and finished the game with a game-high 18 points while earning the Wright Automotive Player of the Game.

The Panthers fall to 14-8 overall, but the season continues for USC, as they have clinched a spot in the PIAA Playoffs.

Meanwhile, the Tigers improve to 21-3 overall and get set to face the No. 1-seeded Bethel Park Blackhawks in the 6A WPIAL Championship on Saturday, Feb. 29 at the Petersen Events Center. Tipoff is slated for 7:00 p.m. and you can catch the game on the North Allegheny Sports Network.