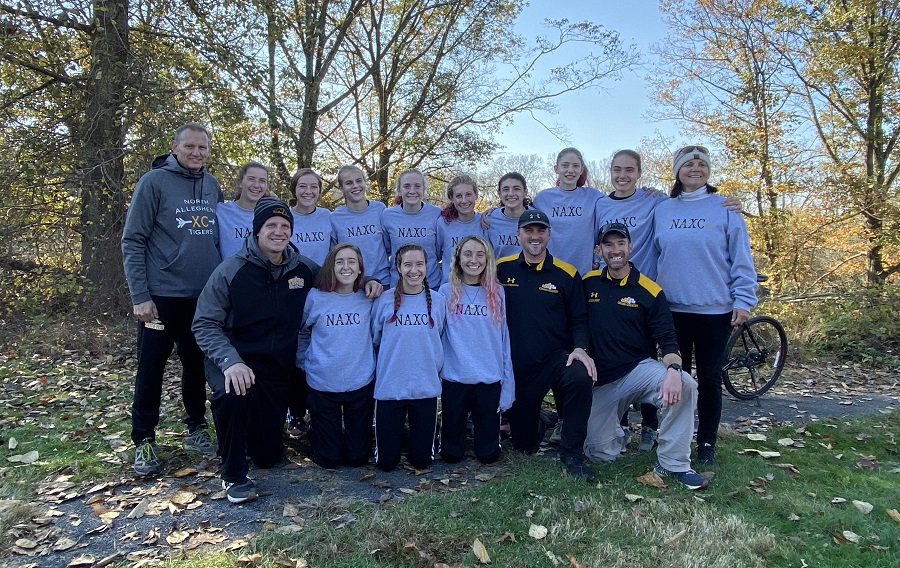 It was a great day in Hershey for the North Allegheny cross country team. The NA girls won a PIAA crown for the second year in a row and the NA boys took third place behind two excellent teams.

The girls team took first place, competing against the 19 best Class AAA teams in the state.  Senior Hannah Lindgren got the job done as team leader, placing sixth overall in her last cross country race as a Tiger.  Junior Keeley Misutka was phenomenal, grabbing an 11th overall finish (medal).  Sophomore Maura Mlecko was fantastic, coming in 62nd overall.  Senior Caroline Daggett ran with grit, finishing with a 95th place finish. Jenna Mlecko saved her best race for last with a strong finish to bring home the state championship for the girls (116th). Freshman Lexi Sundgren (128th) and sophomore Rachel Hockenberry (134th) weren’t far behind Mlecko and helped displace most other team’s point scorers. It was an excellent ending to an amazing and memorable season for the Lady Tigers. 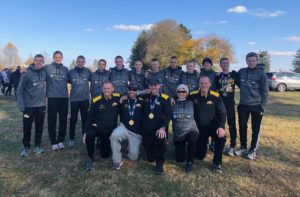 The NA Boys claimed third place at the PIAA finals.

The NA boys team ran really well, as evidenced by their extremely sporty times over the sloppy Hershey course.  In most years past, their efforts would have been enough to claim the top spot, but this year was an exceptional one with two very strong teams from the east (champions Downingtown West and runners-up La Salle).  Senior Dan McGoey led the Tigers with an outstanding race, taking second place out of the best 228 AAA runners in the state. His time (15:50) was one of the fastest times ever run on the Parkview course.  The Tigers pack was strong with only 20 seconds between runners two through five. Sophomore Scott Nalepa ran strong in only his third race of the year, placing 36th overall.  Sophomore Graham Wolfe was top notch, placing 49th overall. Junior Andrew Kollitz ran tough with a 58th place finish. Sophomore Jackson Hickel was great with his 77th place. Junior Connor Foody was solid with a 120th place finish and senior Stephen Nalepa rounded out the top seven with the 164th spot in the race.

Complete results for all races can be found here:  http://runhigh.com/2019RESULTS/R110219AA.html