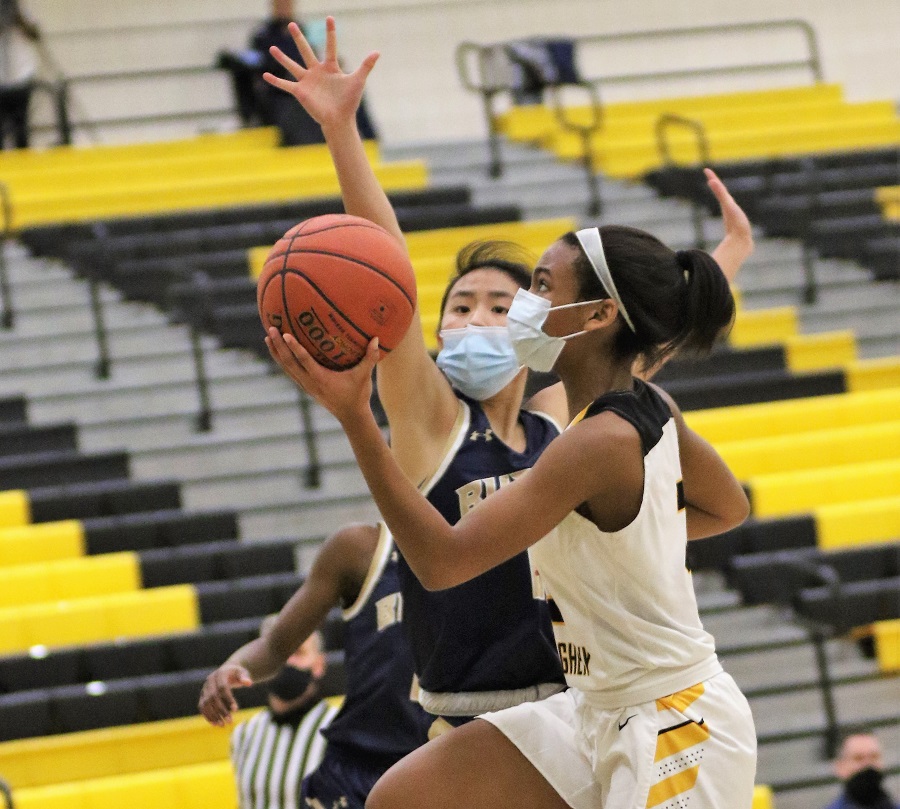 After the two week “pause” from high school athletics, it was finally time for the Lady Tigers to get back on the court and begin their WPIAL title defense. They did so in style, scoring the first 19 points of the game and rolling to a 75-47 win over Butler on Friday night at North Allegheny Gymnasium. The Lady Tigers did not trail all night.

After the 19-0 run to start the game, North Allegheny continued to put on the pressure, getting great defense and transition play from Lizzy Groetsch, Paige Morningstar and Jasmine Timmerson. The trio produced numerous steals and easy layups on the other end. The high powered Lady Tiger offense put up 25 points in the quarter and led 25-15 after one.

Butler regrouped in the second quarter and received a big boost from junior Makenna Maier who began to hit outside shots and got Butler back into the game. North Allegheny was able to hold onto their double digit lead despite being outscore 18-16 in the quarter and led 41-29 at the half.

The third quarter was another battle with Butler’s offense getting more confident. The Golden Tornado was able to cut the deficit to 13, before Groetsch took over by forcing turnovers and getting points at the other end. This gave the Tigers some breathing room and a 58-41 lead heading into the fourth quarter.

North Allegheny’s stout defense was on full display in the fourth quarter, only allowing six points and cruising to a 75-47 win. Timmerson was named Wright Automotive Player of the Game for her great efforts on the defensive end and in the scoring department. She finished with 17 points. Morningstar paced the Lady Tigers with 19 points. Groetsch added 17 as well as some great passes in transition to set up other teammates.

It will be a quick turnaround for the Lady Tigers as they will be return to the floor tomorrow to host the Upper St. Clair Panthers. JV tips off at 6 p.m. while varsity will tip off at 7:30 p.m. Both games will be broadcast live on the North Allegheny Sports Network.