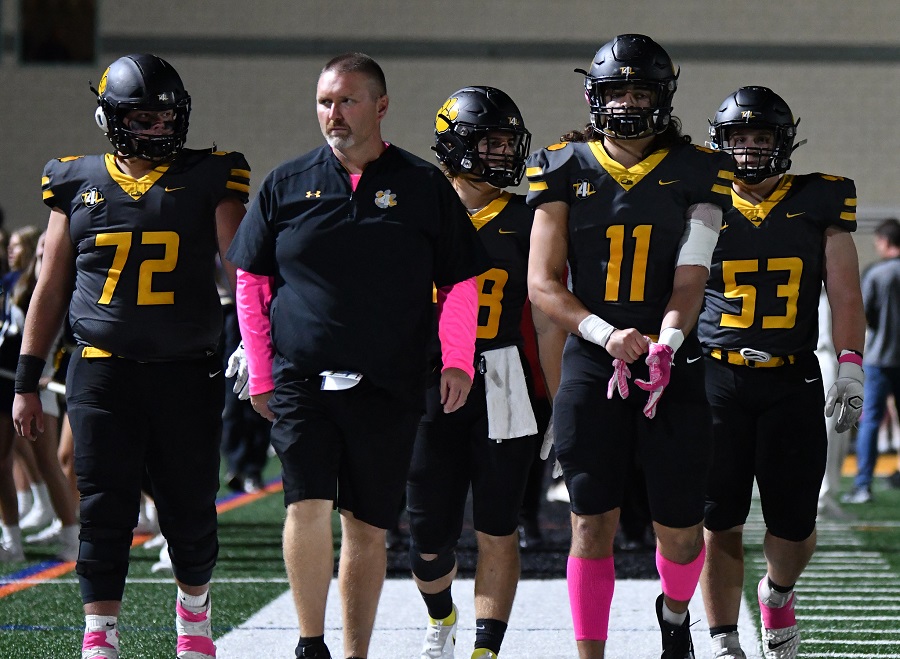 The Tigers enter tonight’s game having won two straight and coming off an important conference road win at Canon-McMillan last week, 36-14. Against the Big Macs, the Tigers fell behind 14-0 but scored 36 unanswered points to claim the victory. NA was sparked by a 52-yard touchdown pass from Logan Kushner to Dwayne Taylor to get on the board early in the second quarter. The NA defense took it from there with seven sacks and three turnovers. Senior Jacob Porter posted 3.5 sacks, while Taylor intercepted a pass and Tyree Alualu and Evan Lyon recovered fumbles. Senior running back J.R. Burton put Canon-McMillan away in the fourth quarter with five carries for 77 yards and two touchdowns.

Hempfield, meanwhile, has lost five in a row and is coming off a 35-0 drubbing at the hands of the Central Catholic Vikings. The Spartans offense has struggled this season and hasn’t scored in three weeks. Over the last five weeks, Hempfield has been shutout three times.

Hempfield’s spread offense will try to find a spark tonight with quarterback Jake Phillips leading the way. The junior signal caller has passed for 867 yards, seven touchdowns and seven interceptions. Phillip’s favorite receiver is junior Ian Tuffs with 30 catches for 348 yards and four touchdowns. In the running game, senior Gino Caesar has rushed for a team-leading 586 yards and three touchdowns.

The Spartans are led by first-year head coach Mike Brown. At 30-years old, Brown is the youngest coach in Class 6A and previously served as the defensive coordinator at Greensburg Central Catholic for the last two seasons. Brown also spent time as the linebackers and defensive back coach at Robert Morris University.

Brown is looking to rebuild a program that hasn’t had a playoff win since 1997 and hasn’t reached the postseason since 2016. The Spartans last WPIAL playoff appearance was a short one, ending in a 42-7 quarterfinal round loss to North Allegheny. On a night of big plays, quarterback Ethan Maenza (Dartmouth) opened the scoring with a 95-yard touchdown run in the first quarter. Defensive back Nico Mermigas (Dartmouth) added a 99-yard pick six to help spark the rout.

The last meeting between these two teams was in 2019 at Newman Stadium and North Allegheny’s exploded for a 62-35 win. Luke Colella (Princeton) posted nearly 200 yards of total offense and four touchdowns in the victory. NA and Hempfield didn’t play in 2020 due to COVID.