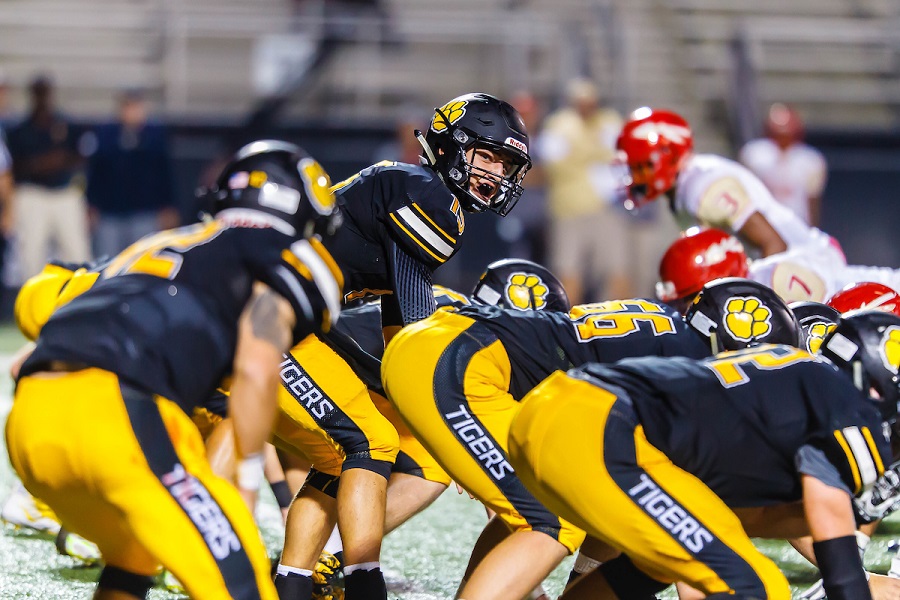 Riding the wave of a five-game winning streak, the North Allegheny Tigers (6-2) host the Hempfield Spartans (1-7) tonight at Newman Stadium in a non-conference clash. The Tigers clinched a playoff berth out of the Northern Seven Conference with a 49-14 victory at Seneca Valley last week. The Spartans have lost seven in a row and recently dropped a 42-27 decision to Penn Hills last Friday.

Hempfield opened the season with a 49-21 triumph over Greensburg Salem in a week zero contest but have since lost every game. The Spartans offense has been formidable, averaging 25 points per game and is led by senior quarterback Justin Sliwoski. Receiving attention from Patriot League and Ivy League schools, Sliwoski is a strong-armed pocket passer who threw for over 2,000 yards last season and 18 touchdowns on his way to first-team All-Big 56 Conference honors. Sliwoski missed two weeks earlier in the season due to injury but has since played well and has amassed 1,117 yards and 13 touchdowns. His top weapon in the passing game is senior tight end Braden Brose who has hauled in 42 passes for 589 yards and six scores. Brose was also a first-team all-conference pick a year ago.

Hempfield’s struggles this season has not been on offense but instead on defense with a unit that permits 37 points per game, third most in Class 6A. North Allegheny will try to exploit the Spartans defense with an offense that averages 34 points per game. The maestro in the Tigers’ offensive orchestra is senior quarterback Luke Trueman who has passed for 967 yards and 10 touchdowns. Trueman has also rushed for 637 yards and four touchdowns this season, posting a 136-yard effort against Seneca Valley last week.  North Allegheny’s leading rusher is senior tailback Turner White with 660 yards and 10 touchdowns. Senior John Vardzel is the top receiver with 17 catches for 350 yards and five scores.

The North Allegheny defense has posted back-to-back five turnover performances and has allowed just 15 points per game. The top tackler for the Tigers is junior Dante Caputo with 45 stops and two sacks. Senior linebacker Alex Hays leads the unit in sacks with three, to go along with 36 tackles. In the secondary, Joey Porter Jr. has pirated five enemy passes, including a three-interception performance last week against Seneca Valley.

The last meeting between North Allegheny and Hempfield occurred in the WPIAL quarterfinals last season and ended with a Tigers victory, 42-7. Turner White rushed 101 yards and two touchdowns to help lead the way for NA.

Kickoff for tonight’s game is set for 7:30 p.m. at Newman Stadium. The game will be broadcast live via the internet on the North Allegheny Sports Network. The pregame show gets underway at 7:10 p.m. and will feature a pregame interview with Tigers head coach Art Walker. You can listen to tonight’s broadcast by clicking here.