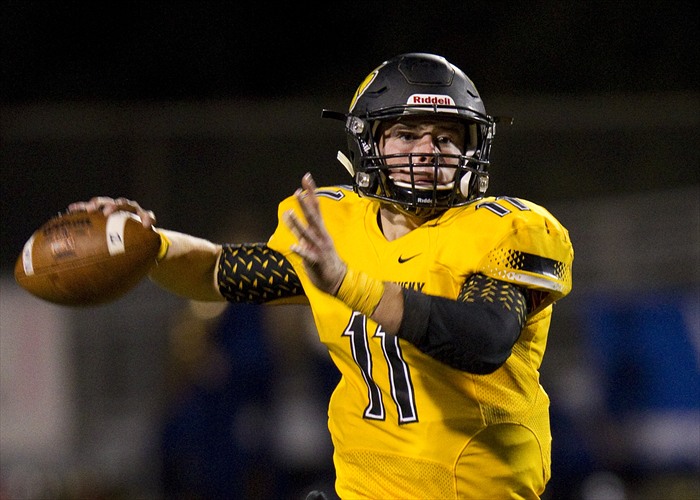 Winners of five in a row, the North Allegheny Tigers (6-1) look to continue their winning ways with a non-conference meeting against the Latrobe Wildcats (0-7) tonight at Newman Stadium. The Tigers clinched a playoff spot last week with a 56-6 drubbing of the Fox Chapel Foxes and while tonight’s game won’t affect the Northern Eight Conference standings it will be a chance for the seniors to shine before the home crowd on Senior Night.

The struggling Latrobe Wildcats will make the long trip to Newman Stadium following a 62-12 loss to Hempfield last week. The winless Wildcats have lost 14 consecutive games dating back to last season. The last Latrobe win, a 50-27 victory over Kiski Area, came in week two last year. The Wildcats are an extremely young team, boasting only 10 seniors with 51 underclassmen on the roster.

Kickoff for tonight’s game is slated for 7:30 pm. The game will be broadcast live via the internet on the North Allegheny Sports Network with pregame getting underway at 7:10 pm. To listen to tonight’s game, click here.