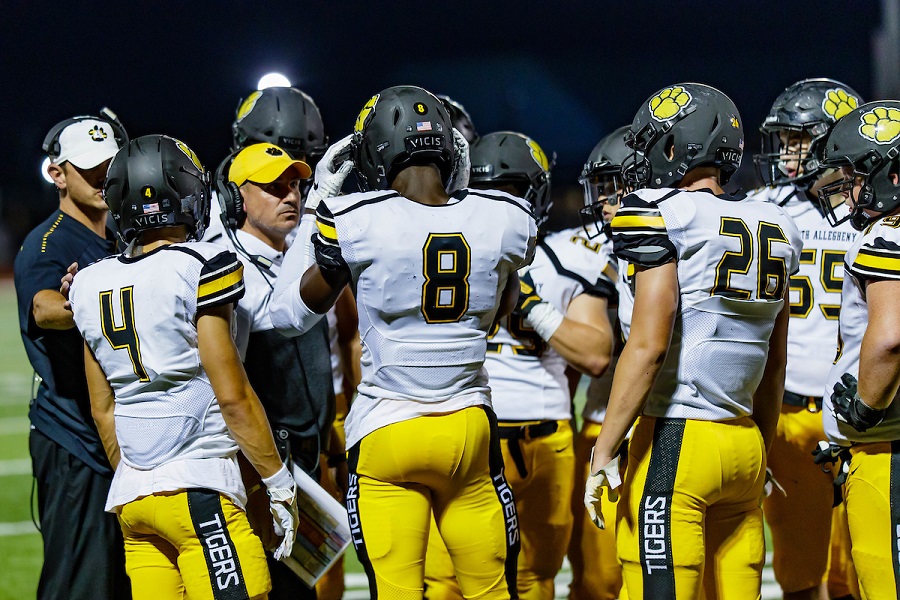 The North Allegheny Tigers (9-1) will host the Canon-McMillan Big Macs (3-7) tonight in the WPIAL Class 6A quarterfinals at Newman Stadium. The Tigers matched up with the Big Macs back in week three and earned a 42-6 blowout win. NA racked up 360 rushing yards with the bulk of that total coming from senior running back Percise Colon, who rushed for 260 yards and two touchdowns. Colon opened the game with an 85-yard touchdown run on the first play from scrimmage and the rout was on. For video highlights of that game, see below.

Canon-McMillan is making its second straight appearance in the WPIAL playoffs, earning key wins this season against Hempfield, Norwin and Butler. The Big Macs have not won a playoff game since 2004, a 22-0 win over Belle Vernon.

Kickoff for tonight’s game is set for 7:00 p.m. at Newman Stadium. The game will be broadcast live via the internet on the North Allegheny Sports Network. The pregame show begins at 6:40 p.m., which includes a pregame interview with head coach Art Walker. To listen to tonight’s broadcast, click here.