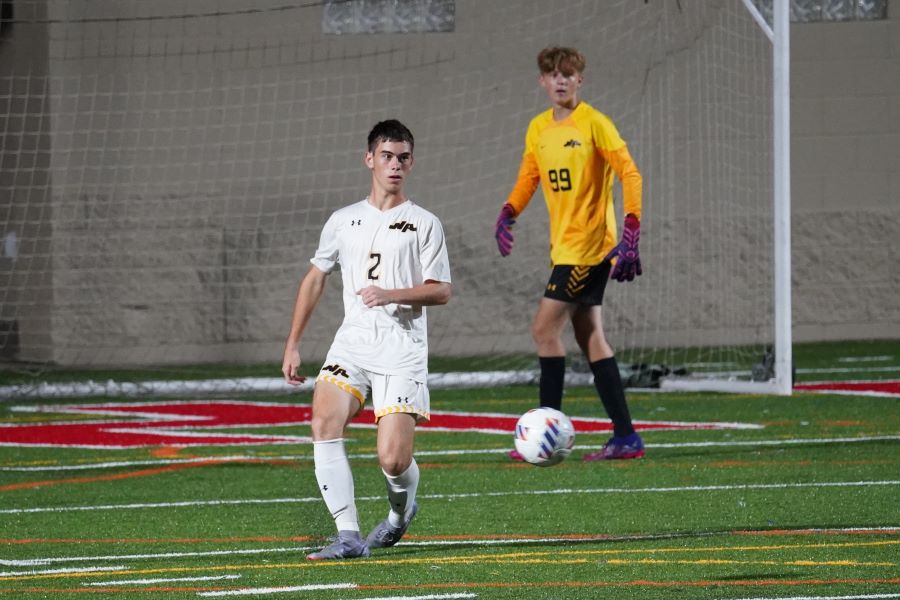 The North Allegheny boys’ soccer team picked up its second consecutive shutout with a 3-0 whitewash of the North Hills Indians at Martorelli Stadium on Thursday night. Junior Dante Accamando and sophomore Ryan Young combined for the Tigers’ fourth shutout of the season. Accamando made one save in the first half and Young completed the blanking of the Indians with four saves in the second half.

The Tigers got all the offense they needed in the early going and scored in the 9th minute courtesy of senior Ben Christian for a 1-0 lead. In the 22nd minute, NA increased the advantage to 2-0 thanks to a goal by senior striker Patrick Lopresti.

In the second half, the Tigers added on one final goal in the 64th minute with a marker by senior Brendan Angermeier, assisted by senior Hassan Ghouenzen.

North Allegheny improves to 4-1-1 overall and 3-1 in Section 1-AAAA. The Tigers will host Hampton on Saturday at 4:30 p.m. at the “Pack the Pitch” event at Newman Stadium. Wear your NA jersey for free admission. The game will also be broadcast live by the North Allegheny Sports Network.