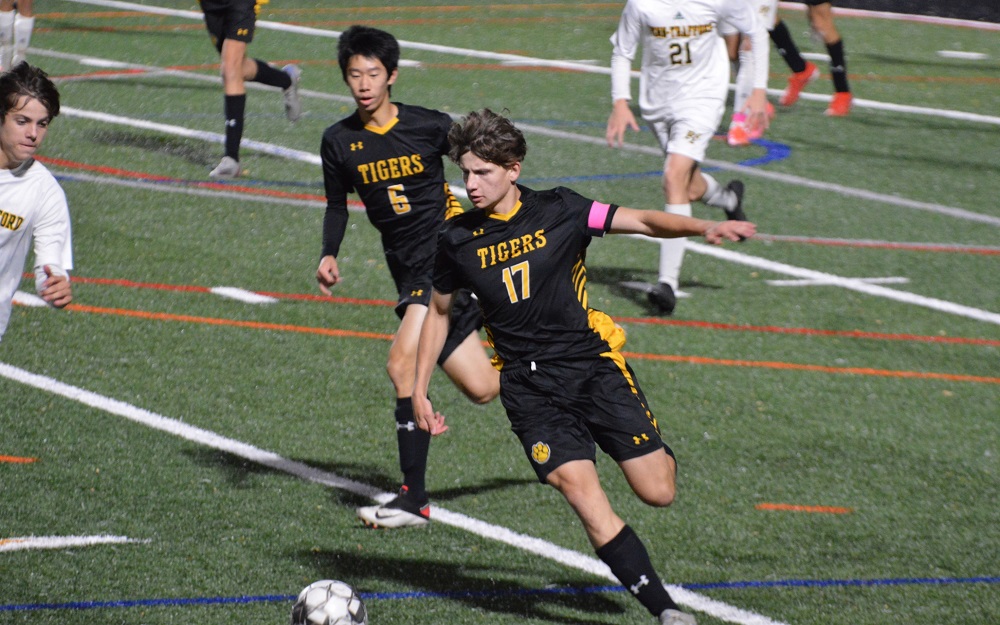 The North Allegheny boys’ soccer team posted its ninth win in the last 10 games with a 3-0 shutout over Penn-Trafford on Monday night at Newman Stadium.

In a non-section contest between two playoff-bound teams, the Tigers and Warriors played to a scoreless tie after one half of play. In the second half, the game belonged to North Allegheny.

Senior Evan Anderson broke the deadlock with a goal with 29:19 on the clock for a 1-0 lead. Anderson added another marker with 6:58 to play and junior defenseman Aidan Dyga netted the final marker of the night with 3:02 remaining to bring the final score to 3-0, Tigers.

With the win, North Allegheny leaps to 13-4 overall, while Penn-Trafford falls to 9-7. The Tigers will host Norwin on Tuesday night in their final regular season game of the campaign.