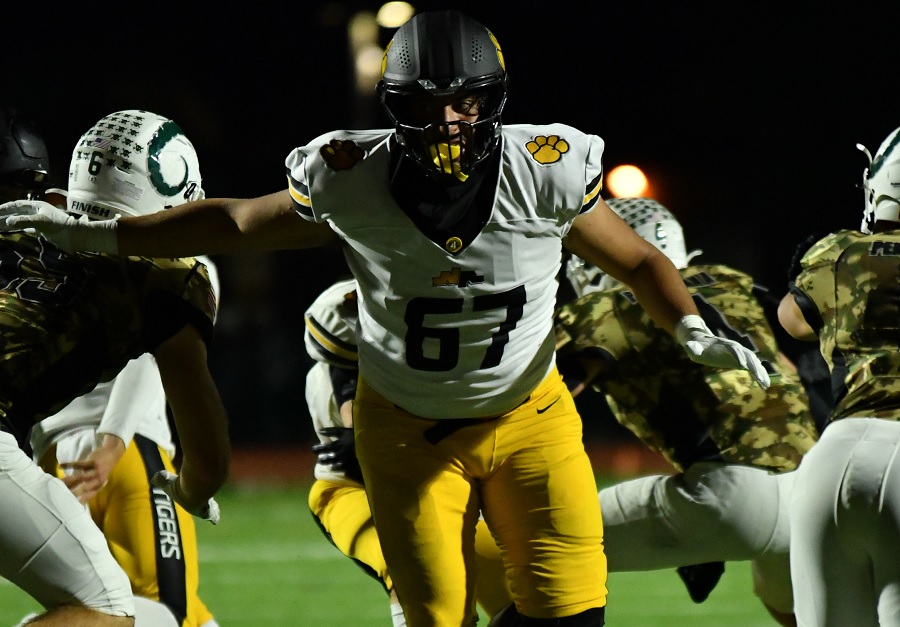 NA Ready To Rumble At Norwin For Non-Conference Matchup

The top-ranked North Allegheny Tigers (6-1) travel to Westmoreland County tonight for a non-conference matchup with the Norwin Knights (1-6).

The Tigers earned an important 20-6 Tri-County Five Conference win over Mt. Lebanon last week and did so with an impressive effort from the defense. The Blue Devils were limited to a scant 97 total yards with a total of negative-three in the second half. Sophomore lineman Jack Yatchenko recovered a fumble in the end zone in the waning minutes of the game to seal the win. Senior Nick Berarducci and junior Tyree Alualu also recovered fumbles in the win. Senior linebacker Ian Zahorchak and junior defensive back Evan Lyon intercepted passes in a five-turnover performance by the NA defense and special teams. Alualu led the team with 10 tackles and also forced the game-clinching fumble near the end of the fourth quarter.

The NA defense will look to continue its dominance against a Norwin team that has lost four in a row and hasn’t scored a touchdown in 12 consecutive quarters. The Knights are in last place in Class 5A’s Big East Conference with an 0-3 mark. Norwin’s lone win came in non-conference play in week two against Fox Chapel, 27-13.

While it’s been a tough season thus far, one of the bright spots for Norwin has been receiver and defensive back, Jackson Pons. The talented junior is the team’s leading receiver with 20 catches for 330 yards and four touchdowns. On defense, Pons has 27 tackles and a team-best two interceptions. Junior linebacker Antonio Rothrauff is the Norwin’s leading tackler with 37 stops and two sacks this year.

North Allegheny hopes that tonight’s game will result in the first of two wins at Norwin’s football stadium this season. The WPIAL Class 6A championship game will be played at Norwin in mid-November.

Kickoff for tonight’s game is set for 7:00 p.m. in Westmoreland County. The pregame show on the North Allegheny Sports Network gets underway at 6:40 p.m., including an interview with Tigers head coach Art Walker. To listen to tonight’s game, click here.