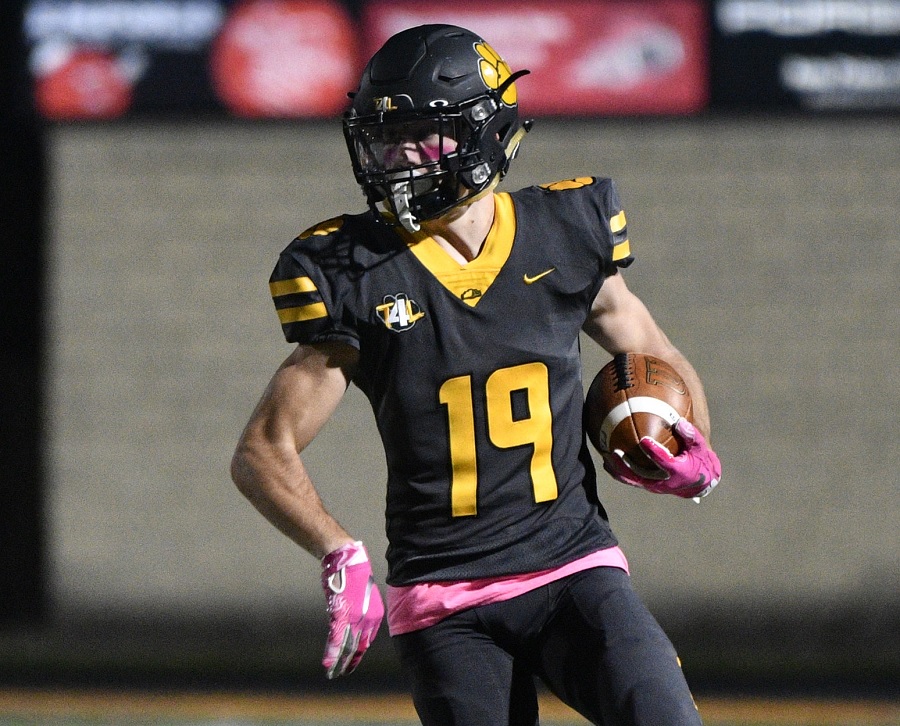 In the regular season finale of 2022, the North Allegheny Tigers (8-1, 3-0) will host the Seneca Valley Raiders (6-3, 1-2) tonight at Newman Stadium. The top-ranked Tigers have already clinched the Tri-County Five conference title and have a chance to eliminate their long-time rival from postseason contention with a victory and a Canon-McMillan loss. The Raiders, however, could still make the playoffs even with a loss as long as Canon-McMillan defeats Mt. Lebanon, qualifying SV as the No. 4 seed in the Class 6A bracket and eliminating the Blue Devils.

The Tigers have secured a conference crown for the fourth time in the last five seasons and are coming off a 20-3 win over the reigning state champion in Class 5A, Penn-Trafford. In the victory, kicker Nick Van Winkle made a pair of second quarter field goals that gave NA the lead for good. One of those field goals was a career-long 42-yard effort, which was the longest by a North Allegheny kicker since Alex Greenblatt booted a 43-yard field goal in the 2010 WPIAL Class 4A quarterfinals against Bethel Park in a 23-13 win.

Also in the win, junior Khiryn Boyd intercepted his team-leading fourth pass of the season, and almost immediately followed with a 10-yard touchdown catch, his fourth receiving score of the year. To open the second half, Boyd returned the kickoff 98-yards for a touchdown. It was Boyd’s second career kickoff return score, with his first coming nearly a year ago to the date against Hempfield last season.

Another significant milestone was achieved by junior quarterback Logan Kushner, who surpassed the 1,000-yard plateau in the victory over Penn-Trafford. Kushner is the first North Allegheny quarterback since Jeff Clemens (2013 and 2014) to pass for over 1,000 yards in back-to-back seasons.

Tonight’s opponent, the Seneca Valley Raiders, had a five-game winning streak snapped last week by Central Catholic in a 28-25 defeat. Two missed extra points and a failed two-point conversion try proved costly in the three-point loss to the Vikings. The Raiders have reached the playoffs four consecutive seasons but that streak is in now peril after last week’s loss to PCC.

Headlining the list of standouts for Seneca Valley is senior wideout and defensive back, Luke Lawson. A Navy commit, Lawson was a first-team all-conference defensive back last season and leads the Raiders in receiving with 50 catches for 779 yards on offense. Senior tight end and defensive lineman Aidan Lyczek is also a Navy commit and leads the team with 10.5 sacks. Senior Chris D’Appolonia is another Division I commit at linebacker and is headed to Toledo.

Senior quarterback Graham Hancox is the anchor on offense with 1,853 yards passing, 18 touchdowns and six interceptions. Backup quarterback Sean O’Shea will also see time at running back, along with junior tailback Kai West. Senior Wyatt Craver is Seneca Valley’s leading rusher with 537 yards, however, he did not play in last week’s loss to Central Catholic.

North Allegheny has won four of the last six meetings with Seneca Valley but the Raiders did win the most recent matchup, earning a 17-12 victory at NexTier Stadium last season. The Raiders used two goal-line stands, including one with just two seconds left in the game, to secure the victory. Nolan Dworek rushed for 138 yards and scored the game-winning touchdown with a 4-yard scoring run with 6:38 left in the game.