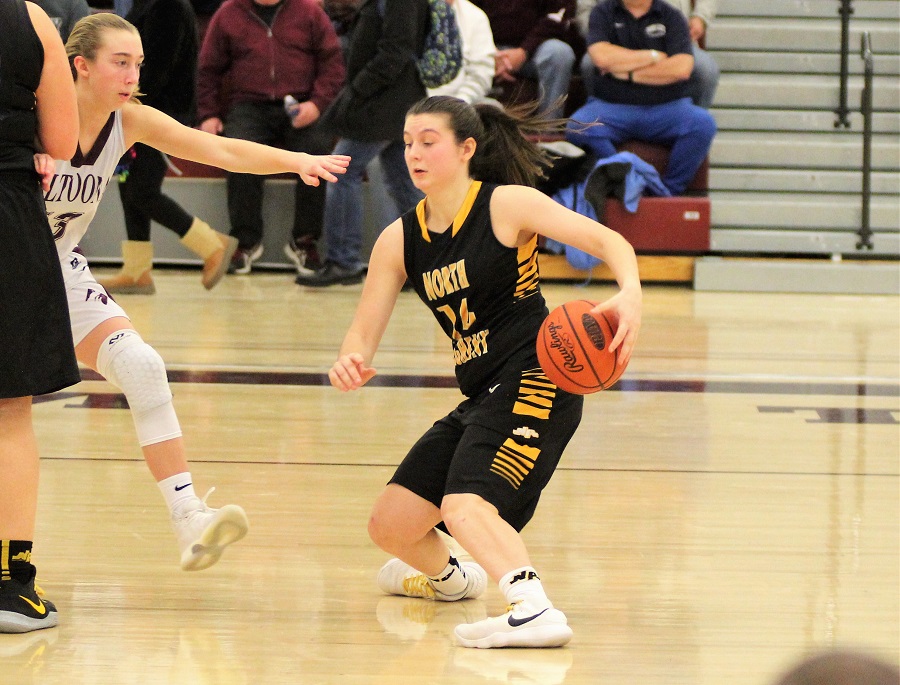 For the second time this season, the North Allegheny girls’ basketball team defeated the Altoona Mountain Lions on Friday night by a 54-43 decision. Earlier in the season, the Tigers hosted the Mountain Lions and earned a hard-fought 45-44 win in the championship of the Wright Automotive Tip-Off Tournament. In the rematch in Altoona, the Tigers picked up a more decisive victory with an 11-point win over the reigning District 6 champions.

With the win, North Allegheny remains perfect on the season with a 13-0 record. Altoona falls to 14-2 on the year with its only two losses coming to the Tigers. NA will return to section play on Monday with a visit to Shaler to take on the Titans.